In an interview given to Al-Ahram Weekly, General Fouli analyzes the present situation of Taekwondo in Egypt and its development in the African continent. 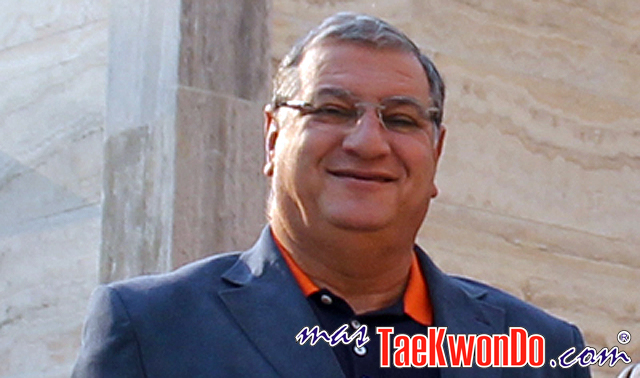 Since your election as President of the Egyptian Federation in late September, what are your achievements?

I took up my post as President of the Federation at a critical moment; a month before the African Championships in Madagascar. So I continued the same level of preparation of the national team, but working with a new training system.  Since my arrival in the Federation, I applied a new system; a completely transparent system. I organized a tournament to select the athletes that will represent Egypt with the national team at the African Championship. This tournament was opened to all athletes. This had positive effects on the athletes. They trained and did their best to win the African title. These young athletes, whose average age is 20 years, have proven that they are the best and deserve the confidence of the coaching staff. In this short time, we continued working with the same coaching staff, Mahmoud Chalabi, who left the national team to take a new post in Qatar. In fact, the coach, Mohamad Abdel- Alim, played a major role in the Egyptian performance. He made great efforts with athletes to reach a high level in such a short time. With the purpose to give a technical guidance to the athletes, I made the decision to integrate the new coach. Therefore, the technical director of the club Al-Shams joined the national team to train athletes. The results showed that we are on the right track, since Egypt won the African title.

The African Championships represented a real test for you?

The taekwondo level in Africa is not poor. It has increased significantly in recent years. In the last edition of the African Championships, Egypt finished in second place behind Morocco. Africans are very strong. But recently, their technical level has improved by attending different international taekwondo schools.  It should be noted that Africa has won several Olympic medals in recent years, including one in 2012 by Gabon and Mali in 2008. So our African title proves that we are on the right track. It encourages us to continue working.

After winning the African title, what is your priority now?

My first concern is to make changes in the leadership of departments and committees. Success depends on good management. And to achieve success, we must start with the basics. I appointed a new executive director and a qualified accountant. I separated the various committees of the Federation. Each is fully accountable for its work. All of the Egyptian Federation committees must meet the requirements of the International Federation. You can not have a committee in the Federation that does not exist in the WTF. I want to make changes in the leadership of coaches and referees. I am recruiting new employees who are able to use new technologies and fluent in English and French, because I want to maintain strong relationships with other federations. 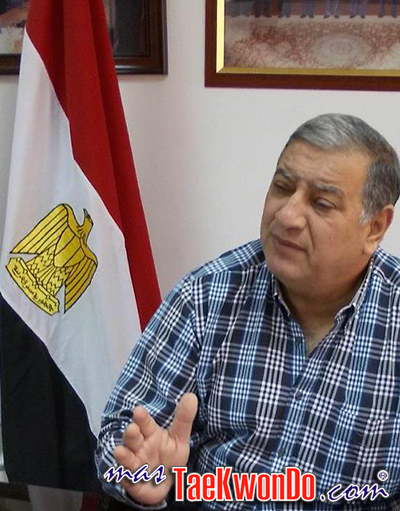 What are the new goals you want to achieve within the Federation?

When I was elected President, the Egyptian Federation was in very poor conditions, especially in financial terms. Our budget is 700 000 L.E., an amount insufficient for a discipline like taekwondo. But as the situation in our country is very poor, we can not ask for a budget increase. Therefore, it is necessary to use new ideas, to attract sponsors. You should know that taekwondo, like other individual sports, is not attractive to sponsors. But I made a proposal to the Egyptian Federation Board of Directors to offer those privileges, and especially enjoying our personal relationships. In fact, members of the board helped me a lot. They finance the Federation with their own money.

The new board consists of several very young members. Is this your decision?

I won the election with my list. And from the beginning, I chose to younger members. Our board of directors includes several former athletes in their thirties, like Mohamad Gad, Mohamad Chaabane, Mohamad Ali and Mohamad Moustapha, to give opportunities to young people. We need that this new generation works along with members who have more experience. I intend to train these young people to lead the Federation of the next election to be held in four years.

What is your plan for the advancement of Taekwondo in Egypt?

I am working on several fronts. First, I am trying to attract sponsors to finance a discipline that needs money first. Second, since my arrival in the Federation, I decided to increase the number of competitions held in Egypt, because athletes must be used to compete in order to improve their level and especially their physical condition. I introduced the new kumite tournaments for kids between 12 and 14 years old. And for our athletes to have international experience, the Federation decided to organize the World Championships Cadets (14 years). I introduced the new competition called the Grand Prix. They are sponsored by big companies such as Coca-Cola and Procter & Gamble. Third, I will increase the number of Taekwondo practitioners in order to have a broader base. To achieve this, I decided to increase the number of regions in which to introduce or increase the presence of Taekwondo.  I give great importance to the southern part of Egypt, which has been a neglected for a long time. In fact, I started this work before my election as President of the Federation. As Vice-President of the Egyptian Olympic Committee, I developed a new project that had as an objective to create 10 academies for judo and taekwondo across Egypt. There is an academy in Nubia which is totally sponsored by Procter & Gamble. I seek to the development of Taekwondo in Egypt, Africa and the Arab countries.

My main goal is to win an Olympic medal at the Olympic Games in Rio de Janeiro in 2016. This is not an impossible dream, since Egypt has talented athletes at a very high level and they are very distinguished. You should know that Egypt has several good athletes with world rankings, especially among girls, as Seham Al-Sawalhi (67 kg), which was the first in the world before the 2012 Olympics, and Hedaya Malak (62 kg) . In men, the team has several athletes to a very high level, not to mention the presence of Tamer Salah, bronze medalist at the 2004 Olympic Games, which is an asset to the team and shares his experience to young people. To achieve this goal, the national team must have a good stability with an excellent long-term preparation. They must have training camps abroad and participate in international competitions at the highest level. The team still needs a good technical support that includes a physical specialist, nutritionist and psychologist whose presence is crucial for the preparation of athletes. If we can carry on our program, Olympic medal can be ours.