This option shows the intention of the World Taekwondo Federation to make the WTF World Ranking increasingly valuable and competitive. In this way, the top ranked athletes will be directly classified for the Olympics.

If this project is executed, the championships known as “WTF World Taekwondo Qualification Tournament”, would possibly disappear. And probably the continental qualification tournaments would complete the remaining places.

This information came out when the Secretary General was speaking about the “Taekwondo Grand Prix Series” and stated: “… If all goes well, we plan to make the first Grand Prix later this year, we are confident that this event will contribute to improve the athletes´ ranking. And if it is accepted by our members, we will use the ranking to classify to the Olympics. We could say that the ranking would replace the World Qualification Tournaments” 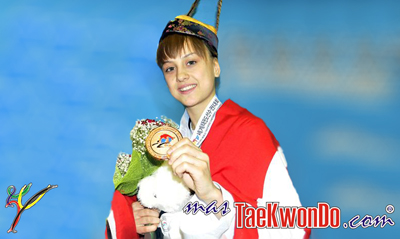 In the past, competitors that have a privileged place in the ranking were not able to reach the London 2012 Olympic Games because they were not rated in the top three places in highly competitive continents such as Asia and Europe. That was the case of Turkish Rukiye Yildirim, No. 4 in the world rankings, medalist at the World Championship, the Universiada, the University Games and European Champion. Or, another case, an athlete that was No. 3 in the World Ranking and World Champion, Spanish, Rosanna Simon, just to name two cases. If the system Jean-Marie Ayer, explained existed at that time, those athletes may have not been deprived from competing in the Olympics.

If more ranking competitions are promoted and sanctioned in different regions of the world, the classification by Ranking is the most coherent way to recruit the best athletes for an event as important as the Olympics, where supposedly only the best of the moment should go.