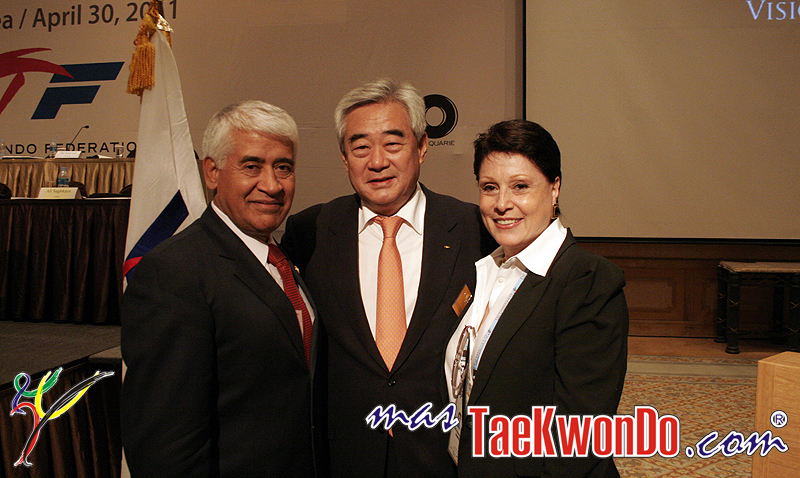 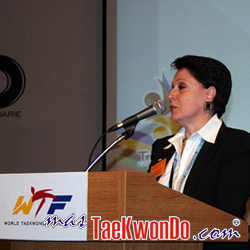 It is very well known around the world, the sports leadership career within the WTF of Maria Rosario Borello, who has worked for many years in developing and promoting Taekwondo in Guatemala not only in high performance competition but in different social programs. That is why, the General Assembly of the Guatemalan Olympic Committee, on December 28, 2012, approved the decision taken  previously by its Executive Committee of selecting and including Ms. Borello as a Permanent Member of the Assembly.

In this way, Ms. Maria Borello, representing the Taekwondo leadership becomes a new member of a National Olympic Committee, demonstrating, once again, the large presence of our sport within the Olympic institutions

Additionally, Gen. Sergio Arnoldo Camargo Muralles, President of the Guatemalan Olympic Committee sent a letter to his counterpart from the World Taekwondo Federation, Dr. Chungwon Choue, in which he told him:  “I would like to congratulate you on having a leader with the quality and total dedication as Ms. Borello”.

During these days, when Taekwondo and its future in the Olympic Cycle is capturing great attention and space in the sports media  around the world, this kind of news give enthusiasm  and bring optimism. Furthermore, it meets one fundamental requirement the OIC demanded: that Taekwondo needed leaders, able to transmit the Olympic Values and with a long extensive experience in the sports leadership.