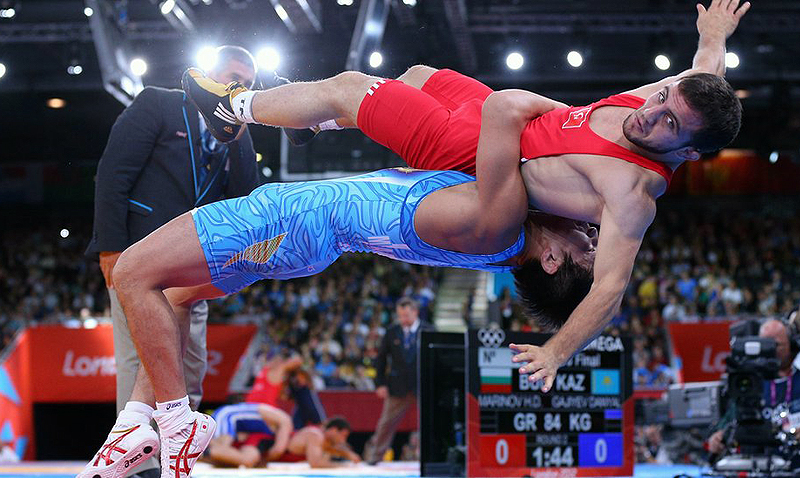 Freestyle and Greco-Roman wrestling will be contested at the 2016 Olympics in Rio de Janeiro, but they will be excluded from the 2020 Summer Games, for which a host city has not yet been named, the Olympic committee said Tuesday.

The decision to drop wrestling was made by secret ballot by the committee’s 15-member executive board at its headquarters in Lausanne, Switzerland. The exact vote and the reasons for the decision were not given in detail.

There is a chance that the Olympic committee can reverse that decision in May, when it considers a 26th sport to add to the 2020 Games. A final decision will be made in September, but wrestling’s Olympic future seems doubtful, said veteran observers of the Games.

In recent years the I.O.C. has expressed concern about the size of the Summer Games and wanted to cap the number of athletes at about 10,500. It has also said it wants to enhance its modernity by drawing younger viewers among the international television audience. On Tuesday the Olympic committee said in a statement that it wanted to ensure that it remained “relevant to sports fans of all generations.”

Olympic-style wrestling, with its amateur roots and absence of visibility except during the Games, lacks superstars with widespread international acclaim like Lionel Messi in soccer, Kobe Bryant in basketball and Tiger Woods in golf. And the popularity of Olympic-style wrestling in the United States is far surpassed by the staged bombast of professional wrestling.

Sports like snowboarding have been added to the Winter Games to broaden the audience. Golf and rugby will be added to the 2016 Rio Games. Among the sports that wrestling must compete with for future inclusion are climbing, rollerblading and wakeboarding.

The committee might also have grown frustrated that Greco-Roman wrestling did not include women, experts said. Women began participating in freestyle wrestling at the 2004 Athens Games.

Politics also play an inevitable role in the workings of the International Olympic Committee. Among the sports surviving Tuesday’s vote was modern pentathlon, also threatened and less popular internationally than wrestling. But modern pentathlon, a five-event sport that includes shooting, horseback riding and running, was invented by Pierre de Coubertin, founder of the modern Games. And it is supported by Juan Antonio Samaranch Jr., son of the former Olympic committee president and a member of its board.

Wrestling’s world governing body, known by its initials as FILA and based in Switzerland, said it was “greatly astonished” by Tuesday’s decision and would take “all necessary measures” to persuade the Olympic committee to keep the sport in the Summer Games.

The dropping of wrestling faced immediate and widespread criticism.

“I think this is a really stupid decision,” the Olympic historian David Wallechinsky said. Wrestling, he said, “was in the ancient Olympics.” He added: “It has been in the modern Olympics since 1896. In London 29 different countries won medals. This is a popular sport.”

Wrestling seemed in many ways to be the perfect Olympic sport. It is as fundamental as running; held in 180 countries, including the United States, Russia, India and Iran; and contested in a small area that is easily followed on television. And the Olympics are wrestling’s ultimate competition, which is not the case in sports like soccer and basketball.

“When you think of the Olympics you think of wrestling,” said Cael Sanderson, the wrestling coach at Penn State and a 2004 Olympic champion. “It was a marquee event in ancient Greece and in the modern Games. After running, it was the next sport to be part of the Games. Like track and field, the Olympics are the highest level. Some sports, it’s just not as special.”

The dropping of wrestling delivered another blow to the United States, which recently lost medal chances in baseball and softball, which have also been dropped from the Olympics. American wrestlers won more than 100 medals in the Summer Games.

“I don’t think anybody thought this would happen,” said Rulon Gardner, who won a gold medal in Greco-Roman wrestling at the 2000 Sydney Games and a bronze at the 2004 Athens Games. “It’s a shame. This is one of the original sports. It’s been around for thousands of years. The Olympic movement has gone astray. It’s moving in the direction not of history but of ratings. Is it about mainstream and money, or is it about amateur sports competing at the highest level on the world stage?”

Some wrestling officials said that FILA, wrestling’s world governing body, needed to change the sport quickly to retain any chance of future inclusion in the Olympics. Modern pentathlon, for instance, has reduced its competition from four or five days to one day.

“We need to make some drastic changes in the sport, make it more attractive, especially for TV audiences,” Mikhail Mamiashvili, president of the Russian wrestling federation and an 1988 Olympic gold medalist in Greco-Roman competition, told Reuters.

Michael Novogratz, the team leader for the United States freestyle team at the London Games, said wrestling lacked influence with the Olympic committee’s executive board, where power is concentrated in Western Europe. Wrestling is more popular in Eastern Europe, the Middle East, Asia and the United States.

“This wasn’t a decision of thought; this was a decision of friends,” said Novogratz, who is the chairman of the United States Wrestling Foundation and a principal and member of the board of directors of the Fortress Investment Group.

Novogratz also said that FILA had “dropped the ball and did not do a good enough job selling the merits of wrestling to the I.O.C.” He said, though, that he expected a “loud and aggressive response” from the international wrestling community.

“I know that wrestling is a strong sport around the world,” said Bruce Baumgartner, a two-time Olympic champion in freestyle wrestling who is now the athletic director at Edinboro University of Pennsylvania. “It’s not just the U.S. and Russia. It’s a confusing, sad day for me. But I’ve been around the Olympic movement for a long time. It’s not over till it’s over.”

While wrestling remains popular at the high school level in the United States, and had added teams at the Division II and Division III college level in recent years, it has struggled at the Division I college level with budget constraints and what some supporters say are requirements for gender equity. Loss of Olympic participation would hurt the financing for USA Wrestling, the national governing body, and undoubtedly send the sport into decline.

“When you have your Super Bowl every four years, if you take that away, that’s a scary thing,” said Sanderson, the Penn State coach and former Olympic champion.