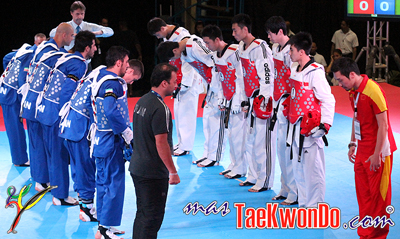 While the news has not yet been confirmed by the WTF in their official website, nor in the Events Schedule of such entity, masTaekwondo.com received news that the new host country of such Championships would be Gabon, located on the west coast of Central Africa where Taekwondo currently enjoys considerable popularity due to the Olympic medal won by Ahthony Obame during the 2012 London Olympic Games.

Dakar was not only the host city for the 2013 WTF World Cup Taekwondo Team Championships but also for the 4th WTF World Para-Taekwondo Championships, event that also changed host country. Now, it will be held in Lausanne Switzerland along with Swiss Open and the WTF Executive Council meeting in June 2013.