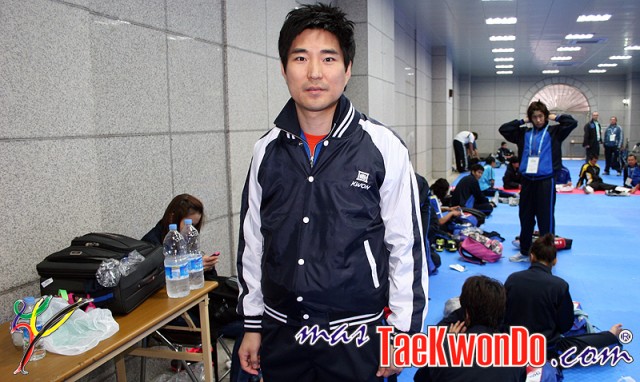 Phuket International Taekwondo Championship was an important step in Thailand’s pursuit of international success in the sport.

National Taekwondo team coach, Choi Young Seok, said: “Initially I just wanted to arrange a domestic competition,” He is also the chairman of the organising committee.

Athletes from 18 countries outside Thailand took part, including Kuwait, Australia, Russia, Vietnam and Mynamar. About 1,500 bouts took place over the two-day tournament, with competitors from the age of four and up vying for golds, silver and bronze awards in their weight divisions.

Mr. Seok said that he was very happy with the quality of martial arts on display throughout the weekend and said that in general he had high hopes for the future of Thai Taekwondo.

“Now Thailand has a very high ranking in the world of Taekwondo. In the male category we are 6th and female we are 4th. We are very high class,” said Mr Seok.

He puts the success of the Thai Taekwondo team down to synergy: “We get a lot of support from the government, we have very good management and very high level of training.”

Many of the athletes will meet again in a few months time at the 9th Chuncheon Open International Taekwondo Championships 2013, in Gangwon-do in South Korea.