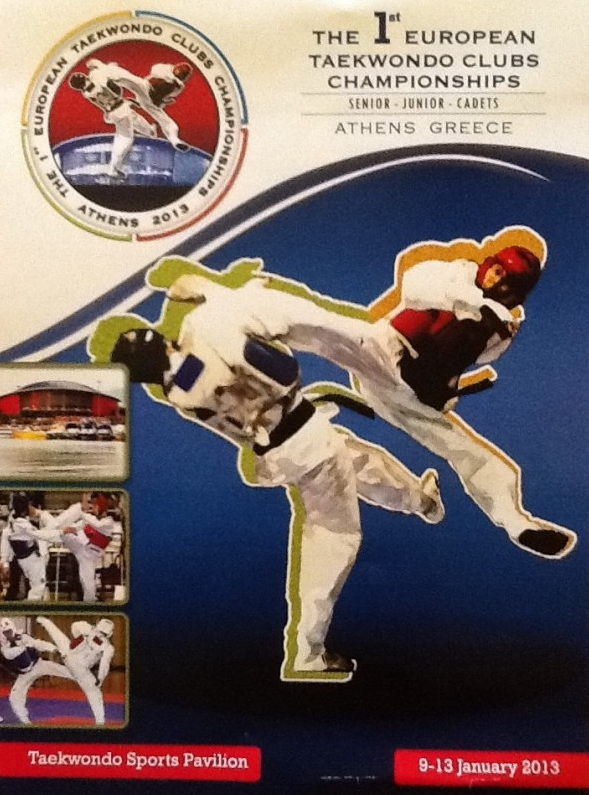 The 1st European Taekwondo Clubs Championships for Clubs (Seniors, Juniors and Cadets) will be held in Athens, Greece, from 9th to 13th of January 2013. The Championships will take place at the Taekwondo Sports Pavilion, at the same venue that took place with great success the Athens 2004 Olympic Games of Taekwondo in August 2004.

From January 9th until January 13th 2013, ETU will hold the 1st ETU European Club Championships. It will be organized by the South Hellenic Taekwondo Union in Athens/Greece. All clubs affiliated to the ETU member national associations can participate with a team at these championships.

Competitions will be held for Cadets, Juniors and Seniors (male and female). ETU expects a total of 2.500 competitors to take part in this event