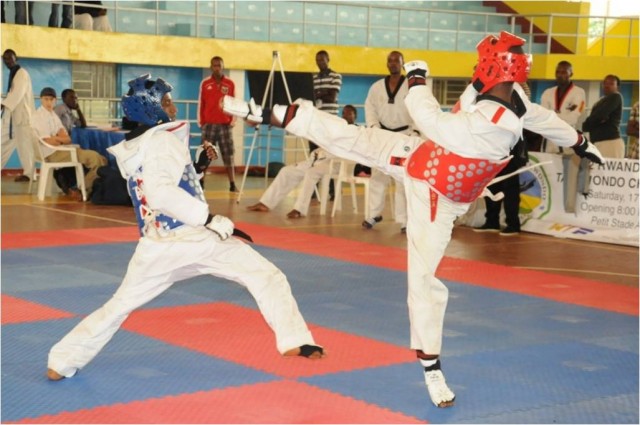 The new Federation, member of the World Taekwondo Federation since 2011, is preparing its next event, The Gorilla Open Taekwondo Championship.

The Championship will be held in Kigali, Rwanda on January 11-12, 2013 at the Petit Stade Amahoro (basketball arena) in Amahoro Stadium.

The WTF approved rules as of April 2012 will be applied and the system of play will be single elimination and double elimination for smaller divisions.

The categories included in this Open are:

2 thoughts on “The Gorilla Open, Rwanda's Next Taekwondo Event”