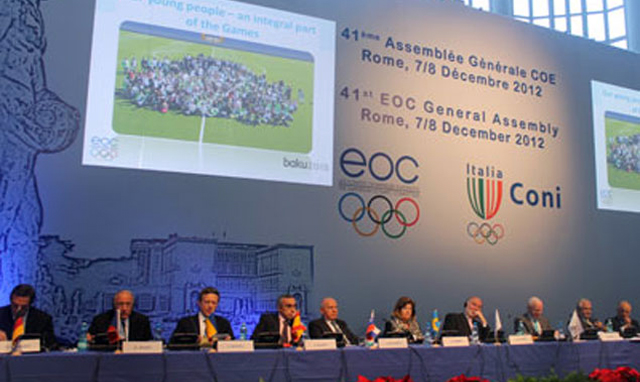 During the European Olympic Committee General Assembly held in Rome on December 7-8, 2012, it was confirmed that the 1st European Games will be held in Baku in 2015 and the WTF Taekwondo is one of the sports that will be part of that event.

Other continents already have regional competitions such as the Asian Games and Pan American Games, but the biggest obstacle for the European Games has been the fact that the two major sports (athletics and swimming) have their own European Championships and it was feared that a multi sport event would interfere.

Azerbaijan was the only candidate to host the 1st European Games which were approved during the 41st European Olympic Committee (EOC) General Assembly. Patrick Hickey, EOC President, one of the speakers during the Assembly said that the Azerbaijan government, public institutions and sports federations, were awaiting for today’s decision: “This is a historic moment in the history of European Olympic Movement.”