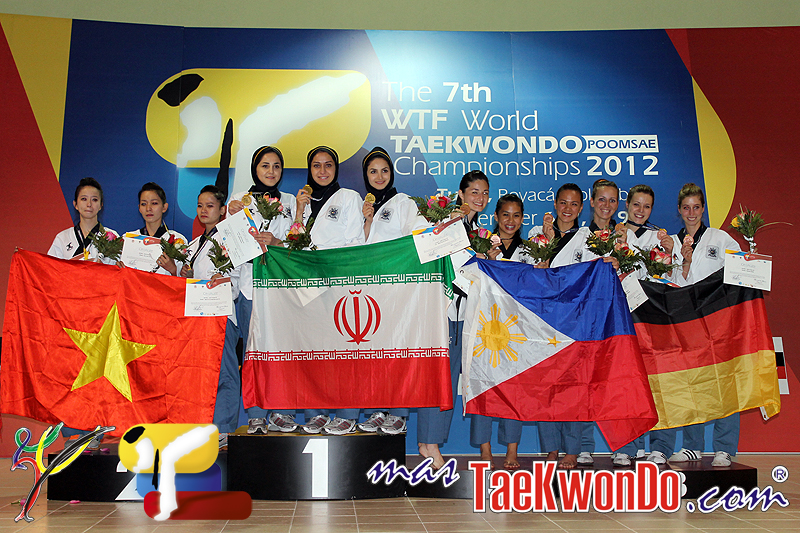 In a packed San Antonio Coliseum in Tunja, Colombia, standing room only didn’t even begin to describe the number in attendance. Fans fed energy in waves to the athletes competing on day three of the 7th WTF World Taekwondo Poomsae Championships.

Male and Female Individual under 39, Male and Female Under 39 Teams, and Freestyle Pairs put on a resoundingly dynamic show for the spectators. Iran, Germany, and Korea became the big winners each grabbing a variety of medals. Iran finished the day with 1 gold, 1 silver, and 2 bronze. Germany fans and athletes went nuts as they took 1 gold and 2 bronze, and Korea confidently their run of the day with 1 gold and 1 silver.

Germany stole the show with a stunning performance in the Male under 29 Team finals putting them on top of their rivals for a gold medal that sent their fans and teammates in to wild cheers of jubilation. China‘s power and precision landed them in silver medal position. Iran’s and the Philippines’ worked their way their beautiful routines to claim bronze medals each.

In the Female under 29 Team finals, Iran shined golden, improving on their semi-final performance to wear the precious hardware. Vietnam‘s performance flashed shimmers of silver through their graceful technique. The Philippines and Germany gave bold performances to grab bronze medals.

Spain‘s Laura Kim spared no effort to steal the spotlight of the Female under 39 competition. Leading through prelims and semifinals, she secured her position as the World’s Best by topping an incredible performance by Korea‘s Jung Hee Hong who won silver. Sanaz Khorami of Iran achieved her nation’s second bronze medal of the day, while host nation’s Olga Agudelo won bronze and gave Colombia it’s only medal of the day.

Once again, Freestyle put fans at the edges of their seats as the Pairs demonstrated their creative artistry. Peru proved untouchable during the finals to hold gold at the end. Vietnam dazzled the crowd with incredible synchronization and high flying acrobatic skills to claim silver. The Philippines and Germany proudly wore bronze as they delivered strong performances that drew cheers from the whole coliseum.

So far, four competitors have found themselves on the medal podium multiple times and standing out in these Championships. German‘s Roger Kesternich‘s took a gold and bronze today in Male under 29 Team and Pairs Freestyle contests, respectively. The Philippines’ Galilee Tinaya also stood for two medals today taking a bronze in Male under 29 Team category and Freestyle Pairs.

Mikeala Calamba of the Philippines and Chau Tuyet Van from Vietnam proved that they are not only incredible individual athletes, but are great team players as well. Both gave medals to their nations in the Female Freestyle and Female under 29 Team divisions. Calamba won gold in freestyle on day 2 with Chau Tuyet Van right behind her with silver. Today, the Vietnamese’s team topped the team from the Philippines as they finished second and third.

Tomorrow is the fourth and final day of this year’s World Poomsae Championships. More high flying skills of perfection will continue with Pairs under 29, Team Male over 29, and Freestyle Team competitions on the schedule. The conclusion of the Championships in Tunja is certain to be spectacular. 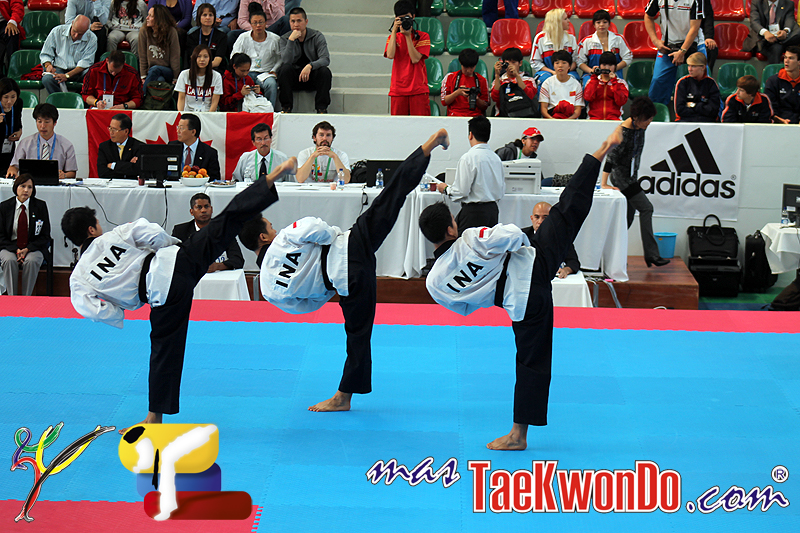 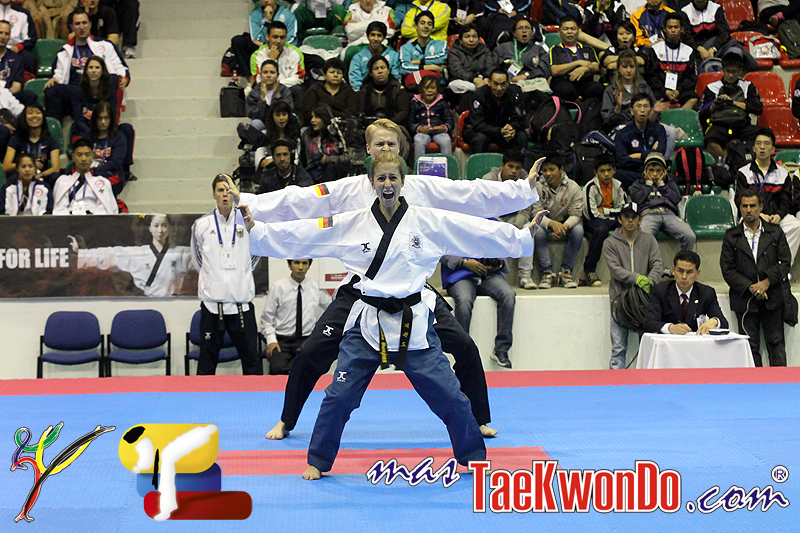 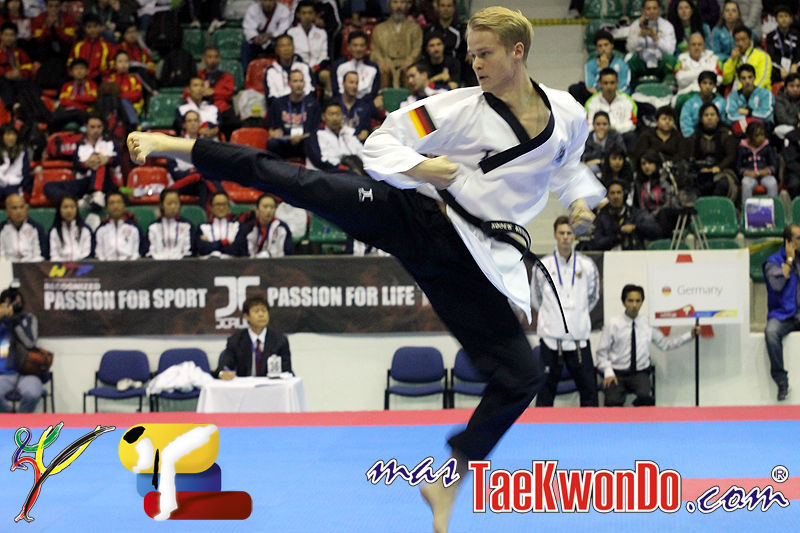 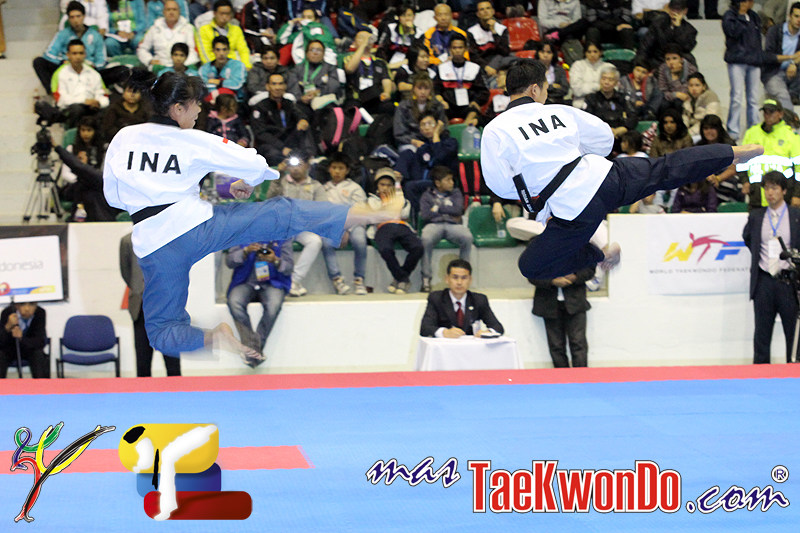 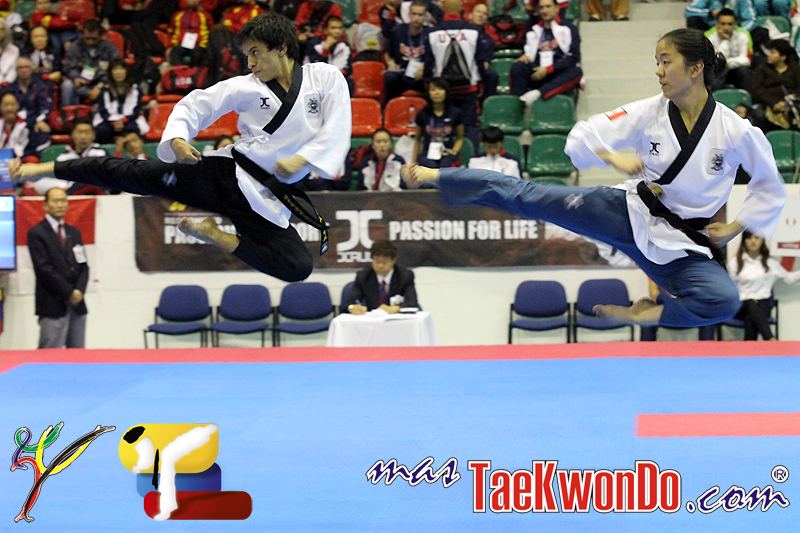 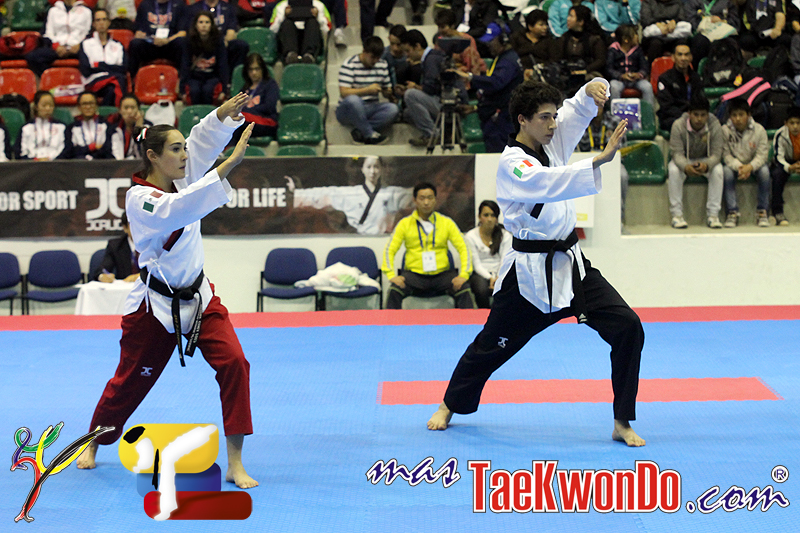