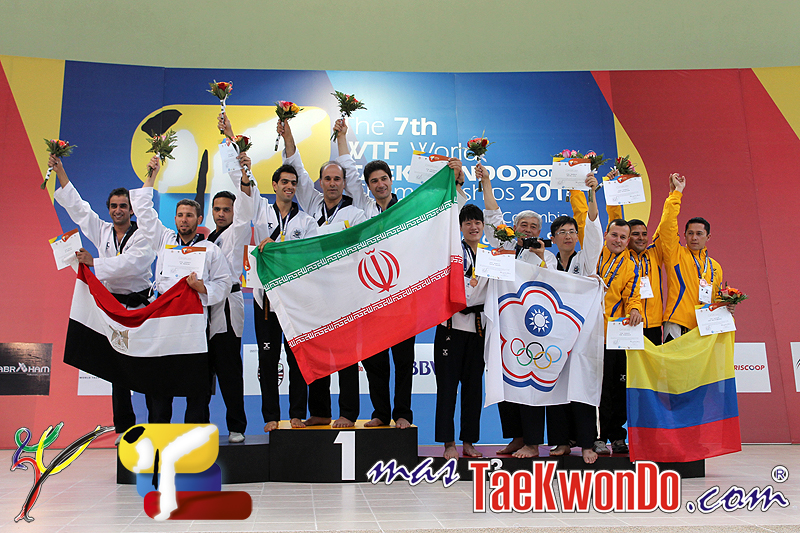 The conclusion of the action-packed four day event came with a huge celebration of athletes as members from every nation took to the floor with the WTF Demonstration team, local Tunja taekwondo youth, and volunteers and all danced to the global sensation, “Gangnam Style”. The fiesta ended the final day saw Pairs Under 29, Male and Female Team over 29, and Freestyle Team competitions.

In the Pairs Under 29, China sneaked past Vietnam to claim the gold. Vietnam‘s silver was closely followed behind by Ecuador‘s and Chinese-Taipei‘s bronzes. 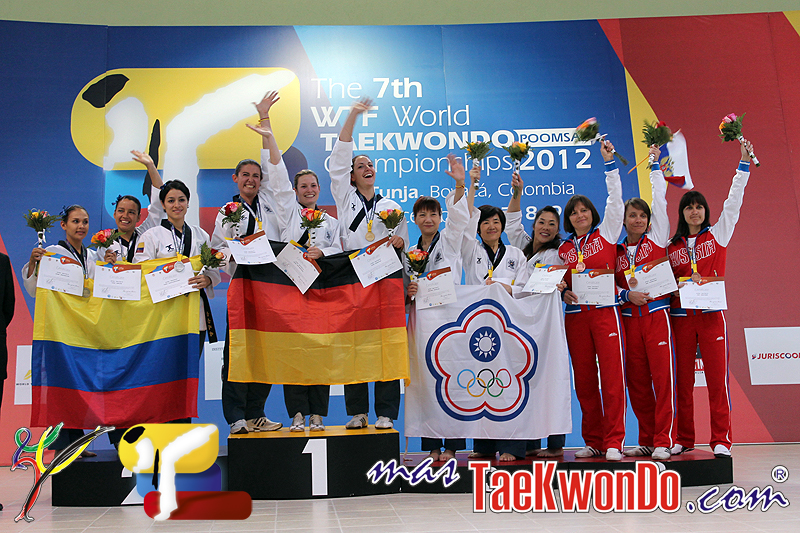 It was the Germans that prevailed in the Female over 29 Team competition. Colombia stepped up for the silver as Chinese-Taipei and Russia stood strong with bronze.

Host nation added a second medal of the day with a bronze medal in the Male over 29 Team category, sharing the hardware with Chinese-Taipei. Iran was the team scored golden for today’s Men’s Team competition and Egypt won silver.

Vietnamese squad nailed their routine to become the best Freestyle Team on the world. The Philippines were on par to win their silver medal. China and USA held out strong performances to take home the bronze.

Korea finished the competition with a total of 12 medals and finished as the top nation, but Iran was not far behind with an impressive 10 medals to place second. The USA had a tremendous showing during the tournament with a total of 6 medals, and also received an additional reward for the most improved team.

Other honorary awards were given to host nation Colombia for outstanding organization and attraction of spectators. Indonesia was honored for being the next host nation for the WTF World Taekwondo Poomsae Championships.

MVP awards went to Jeong Cheol Kim of Spain and Su Ji Kang of Korea. Mikaela Calamba of the Philippines and Karen Suache Arias of Colombia were recognized for Best Performances. The top honors for coaching went to Jae Jin Kang from Korea and Le Minh Khuong from Vietnam.

Norway, Malaysia, and Brazil were awarded for Best Fighting Spirit, and Ukraine, Serbia, and Uruguay stood out for their Active Participation.

The Championships as a whole found nearly half of the participating countries winning a medal. The 16 medals up for grabs on the last day alone were distributed among 11 nations. 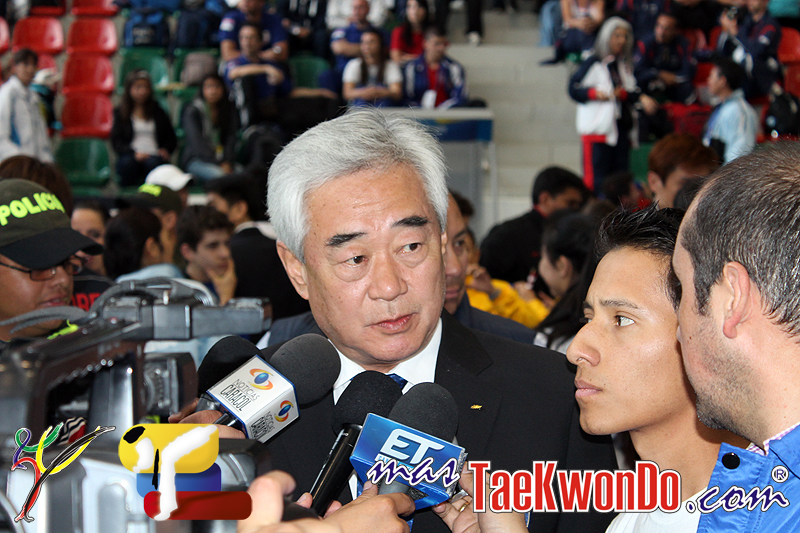 The WTF President, Dr. Chungwon Choue, heralded the success of the 7th edition of the Championships saying:

“Without the athletes, coaches, and officials, these Championships couldn’t be. The tremendous hard work and dedication to the sport of taekwondo has made them role models to the youth of their nations to look up to. And, the wonderful spectators, organizers and volunteers of the city of Tunja, were the heroes and heroines of these Championships. They really created the best atmosphere for our very exceptional athletes to compete to be the ‘World’s Best.”

Speaking on the growing popularity of the sport of taekwondo around the world, Dr. Choue said:

“Taekwondo has always been, and will continue to be a sport for all. Any athlete is welcome to participate, regardless of their background or affiliation of any sport or organization, as long as they are willing to follow our rules. We have a lot of athletes competing that have a background in other martial arts like Karate, Judo, Wushu, and Jujitsu. The Taekwondo Family is open to any and all who want to join.”

As the WTF World Taekwondo Poomsae Championships in Tunja were declared closed, the WTF flag was handed over from the Colombian Taekwondo Federation to a delegation from Indonesia. Next year’s 8th edition of the Championships will be hosted by Bali, Indonesia. 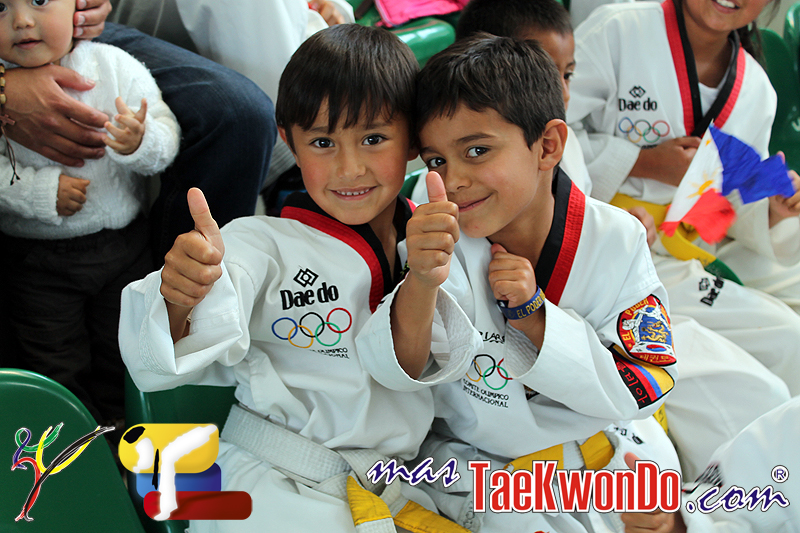 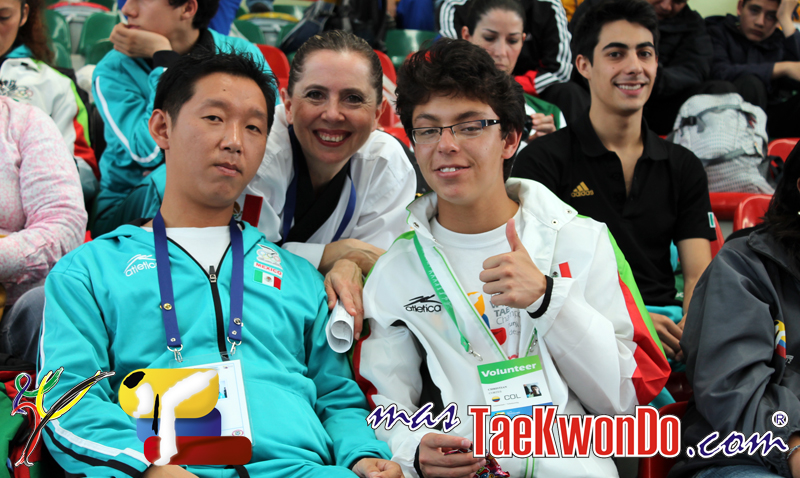 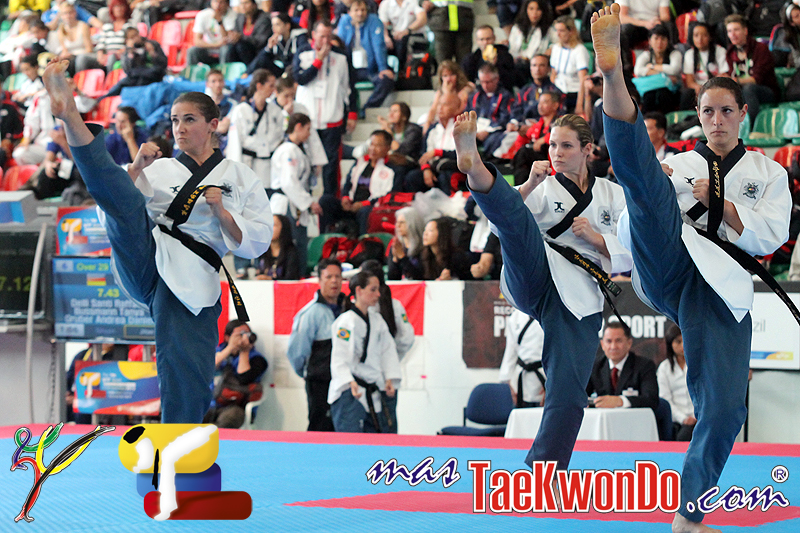 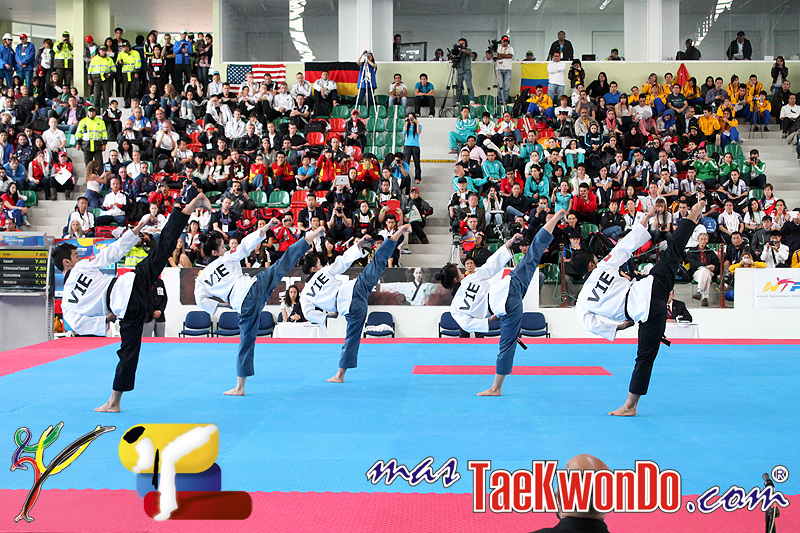 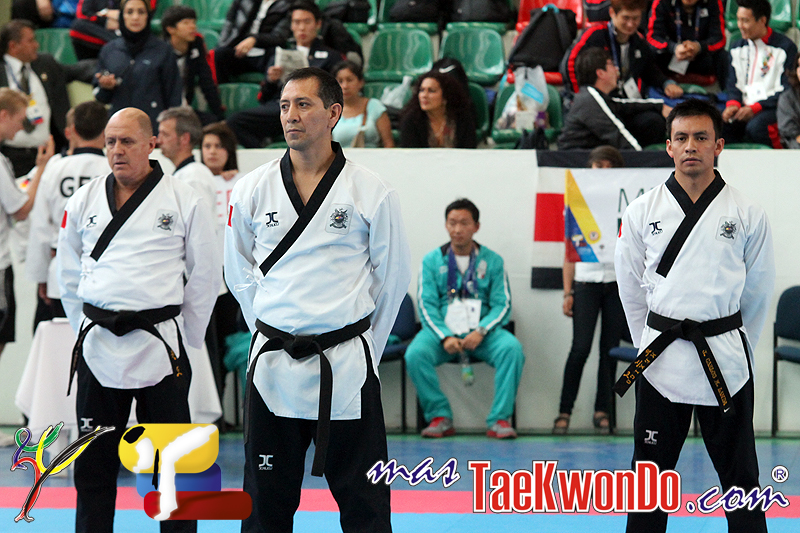