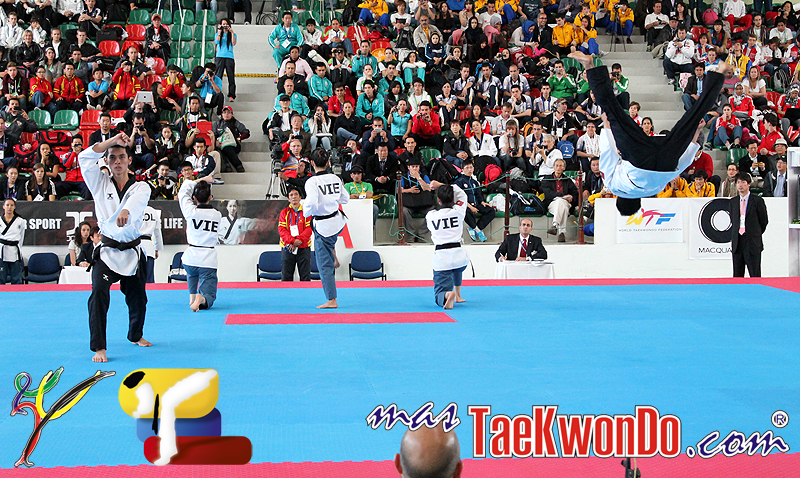 Definitely, as far as competition is concerned, the best of this event was the incorporation of the Free Style category, in all its forms. A high quality of spectacular Poomsae and Taekwondo routines, combined with music, acrobatics and extreme kicks, made the event very attractive and arouse interest among the public.

In the traditional Poomsae competition, it was evident Korea´s great supremacy in the speciality. And a pleasant surprise, the revelation of this competition was Peru. Being this its first participation in this kind of competition, took Gold in one of the most competitive categories.

The world famous Gangnam Style song was undoubtedly “the official song of the competition”; with its horse-like dance and its particular rhythm made all public and athletes dance.

One of the things that got attention was the great attendance of people. During the last three days of competitions there were a lot of lines of people waiting to enter the Coliseum San Antonio, a fact that has never been seen in any other competition held in Europe or Asia, not even in Taekwondo combat competition.

It is important to stress that there were a number of judge´s mistakes at the time of judging some routines. We consider that it is necessary to be absolutely objective when scoring, since there were many cases in which the results did not correspond with reality, mainly in the freestyle category, in which several of the winners got the highest scores despite having had discordance between movements and music and even repeated falls in their routines.

Taekwondo has gained great credibility in the international Olympic movement because, in the combat competitions human subjectivity has been left behind in referee´s judgments by incorporating technology. We expect the poomsae will not make us recede and lose many years of effort dedicated to the search of improvement and debugging of our martial art and sport.

During the closing ceremony and delivery of awards it was surprising to note the absence of some important Colombian Taekwondo Masters, as the London 2012 winner, Oscar Muñoz; the National Team Manager and responsible for obtaining this World Championship: René Forero and one person who has become a point of reference as far as Poomsae is concerned, Grandmaster Oskar Posada. 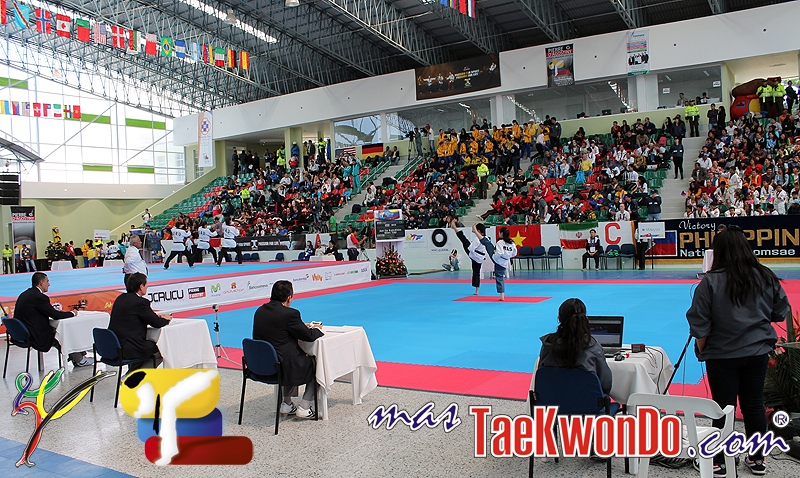 With a high average of daily visits, interviews with all Latin American winners and the “personalities of the day”, “masTaekwondo TV“, was the great revelation of our products. We continued also with our classic written interviews, daily summaries, more than twelve hundred unique images, online telecast for four days, and the total quality service we have always given to all of our readers. .

MasTaekwondo is proud to have been able to support this event as official sponsors. We know that we can always improve our work and we will do our best to continuously give you our best, because we do it for the love of the sport we chose. 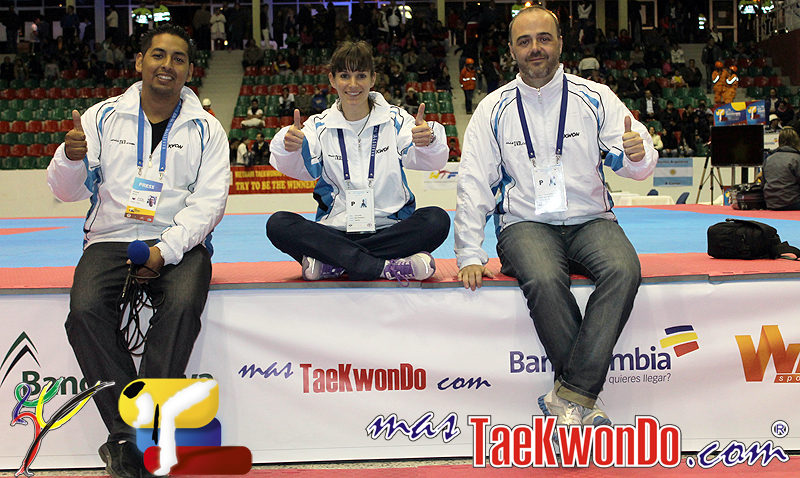