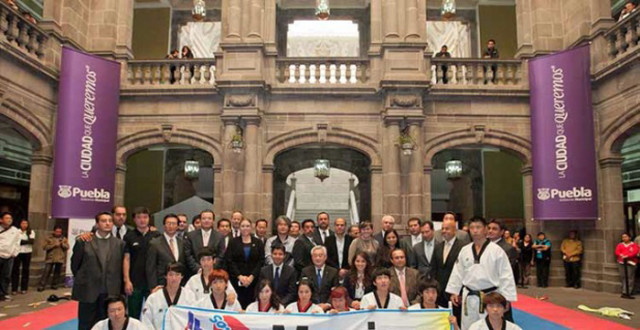 Rivera Pérez, stated that it was an honor to have the presence of such distinguished national and international personalities, therefore it is a privilege to recognize their experience and effort within the sport.

“It takes spirit and character to succeed, these are aspects that unite us in this room and due to our hard work we have a venue for the upcoming World Taekwondo Championships, this discipline transforms families’ lives, social life of people and of a nation” .

The capital Councilman exalted the Mexican athletes who are truly an example for all Mexican people and especially for young people, “They will have the support of an entire nation to put the name of Puebla and Mexico at the top of the competition of this World Championship.”

In his speech, Juan Manuel Lopez Delgado, President of the Mexican Taekwondo Federation, stated that with the support of the government, a global event of great importance is planned to be organized, so he asked all athletes and organizers big commitment and dedication to encourage a unique event.

“Getting a venue for this championships is a historic event, and Mayor, you brought this World Championship to Puebla, so let us make a memorable championship and let us take the sport of Taekwondo as the number one sport in the world and in our country.”

Meanwhile, Ximena Mata Zenteno, Director of the Municipal Institute of Sport said that it is the first time a World Taekwondo Championship is held in Mexico and only four times in the American continent, therefore Puebla will organize and event according to the category of such discipline.

Jean-Marie Ayer, Secretary General of the World Taekwondo Federation, stated that after the Olympic Games in London, hopes this will be the best World Championships ever organized in the history.

Chungwon Choue, President of the World Taekwondo Federation, stated about how Puebla has a great history and culture, also thanked the authorities for the welcoming and stated about the collaboration there will be to organize an excellent event and to make it the most successful. 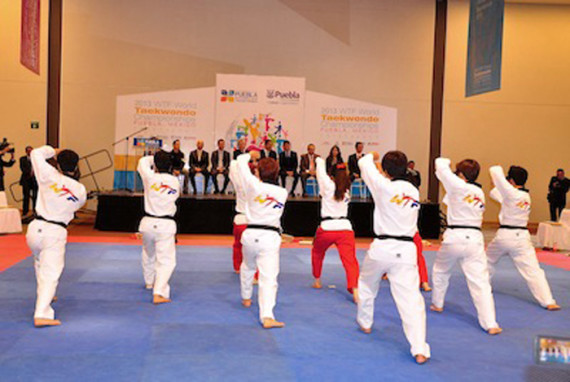