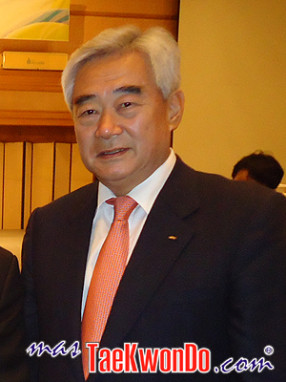 The meeting will be held on November 21, 2012 in Santa Cruz, Aruba, on the occasion of the 3rd WTF World Para-Taekwondo Championships and the 2012 WTF World Cup Taekwondo Team Championships. The open “Council Meeting” is historic and it clearly demonstrates Dr. Chungwon Choue´s (President of the World Taekwondo Federation) intention to reflect transparency and globalization.

According to Manseek Choe, Executive Deputy Secretary General, who issued the statement, “WTF has decided to open the WTF Council meeting to MNA representatives to attend as observers, giving them the opportunity to have a better knowledge on how WTF operates and takes decisions.  WTF hopes that this meeting will help to strengthen our efforts to develop taekwondo worldwide.”

It was also announced that all MNA representatives interested in attending the WTF Council Meeting must inform the WTF Secretary General before November 15, 2012.

MasTaekwondo.com will be in Santa Cruz, Aruba and we will be working for all mas.Taekwondo.com readers to keep you informed on all that happens there.