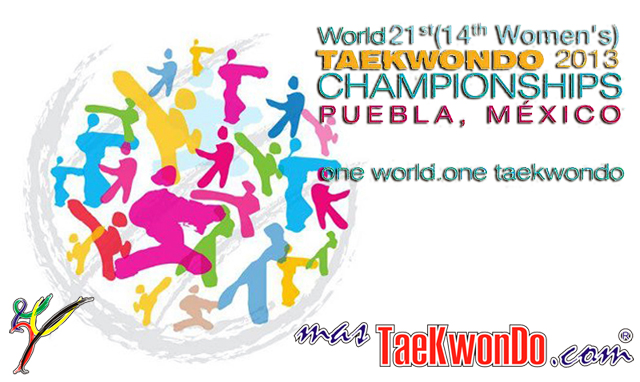 During the National Physical Culture and Sports (SINADE) Executive Council Meeting which takes place in San Pedro Garza García in  Nuevo León, the General Director of the Puebla Sport Institute, Manuel Youshimatz, informed about details on the  organizing development  and details for the  “2013 WTF World Taekwondo Championships”.

Youshimatz confirmed that the World Taekwondo Championship will be held from July 15 to 21, 2013 in the Puebla Convention Center. The estimated participation is one thousand athletes distributed over the 16 divisions (eight per category), from  150 countries.

The “2013 WTF World Taekwondo Championships” Organizing Committee will have the support of the Federal Government, through the Physical Culture and Sport National Commission as well as government and regional institutions.

For the first time in nearly 40 years, Mexico will host this event, which has not been held in America since 1999 when it took place in Edmonton, Canada.

Throughout its participation in the World Championships, the Mexican team has won three gold medals, 24 silver and 29 bronze, ranking sixth in  this Championship, specifically.