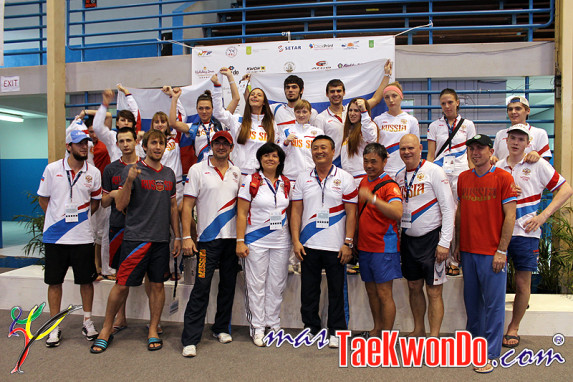 In the women’s division, Russia, France, Croatia and China advanced to the round of four of the World Cup Championships.

The semifinal and final matches are scheduled took place on Nov. 25 at the Centro Deportivo gymnasium in Santa Cruz. The team competitions drew great interest from both spectators and international media for its dynamic side of taekwondo. 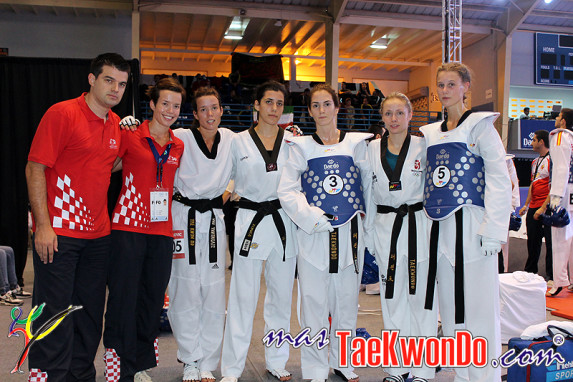 In the women’s division, 10 countries vied for the first place in the women’s category. They are Korea, China, France, Venezuela, Brazil, Croatia, Russia, Colombia, Chinese Taipei and the United States. 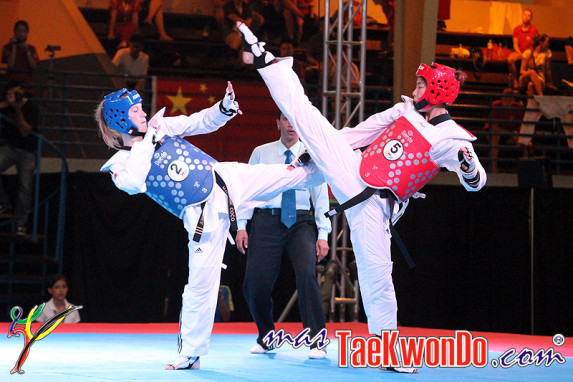 A Daedo Protector and Scoring System (PSS) was used. The team competition was composed of two rounds of five minutes. The second round was a tag match. A team consisted of five athletes and one substitute.

After preliminary round, the list of the quarter-finalists was finalized:

The Aruban male team failed to win a match despite enthusiastic supports of the home fans. The Aruban squad, however, demonstrated a strong fighting spirit throughout the matches, showing its great potential for further growth in taekwondo. 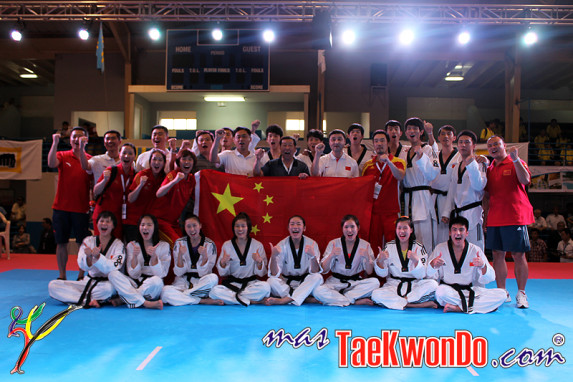 The Team Uzbekistan went to great lengths to be qualified for quarter-finals, but could not overcome the innate disadvantage – starting the game with 10 points deduction due to the team’s failure to meet the obligatory minimum number of athletes, 5 atheltes and 1 substitute.

On the quarter-final stage, on the men’s category, Spain advanced to the semifinal as it beat Chinese Taipei 17-11, while China earned a ticket to the round of four by defeating Brazil 24-13.

In the women’s division, Croatia brushed aside a stiff challenge from defending champion Korea to outpoint Korea 13-12 for a ticket to the round of four. France easily defeated Colombia 24-15 to advance to the women’s round of four. 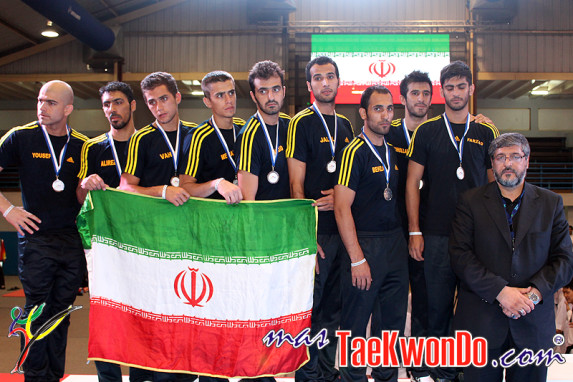 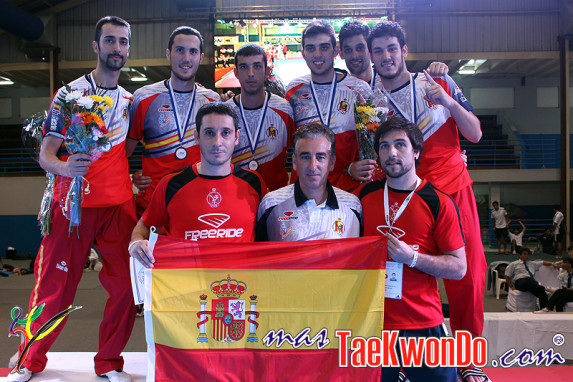 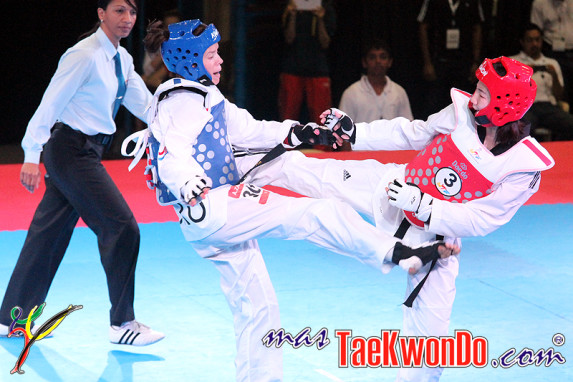 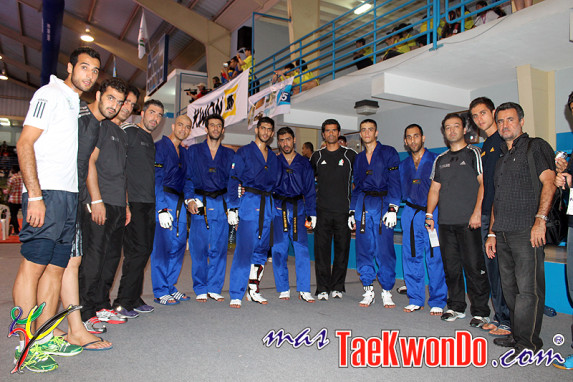