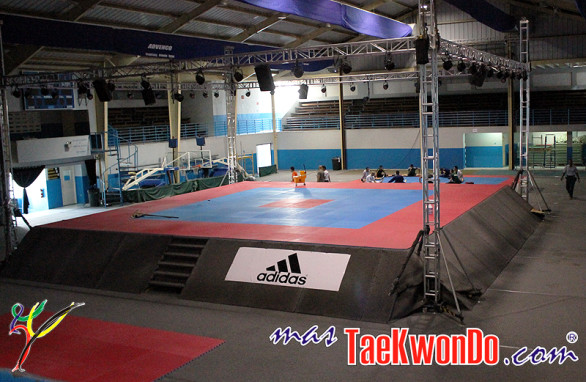 Throughout Tuesday we were able to see different teams arriving and others that were already settled at the island. Many competitors started using the instalations for their different training routines, as well as formalizing their qualifications. 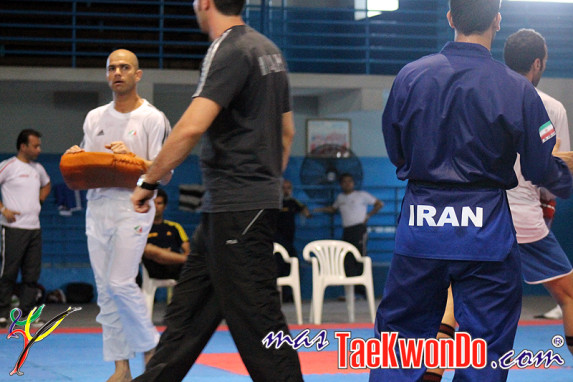 During the interview with master Korean-Mexican Daiwon Moon, who is the Technical Director of the 2012 World Cup Taekwondo Team Championship and also responsible for the creation of the Mexican Taekwondo League, he explained how easy and attractive is and less bloody with this new format (TK-5), it not only retains the essence of Taekwondo but shows a better demonstration of skill, hoping to get this type of competences as show in Las Vegas.

Para-Taekwondo on the other hand is presenting more teams, increasing on the female division. Countries like Canada, Iran, Spain, Russia and Guatemala among others, seek to revalidate their titles and for many others this will be their first World Championship.

Today Wednesday is weighing and inspection day for the “Para-Taekwondo” athletes, as well as the Technical Congress World Team Cup and regarding federal policy, there will be a WTF Executive Council meeting from 9:00 am.

We will be permanently reporting from Aruba and also don’t forget that we are “live” broadcasting competition days.

One thought on “Many Athletes Have Tested the Competition Area”