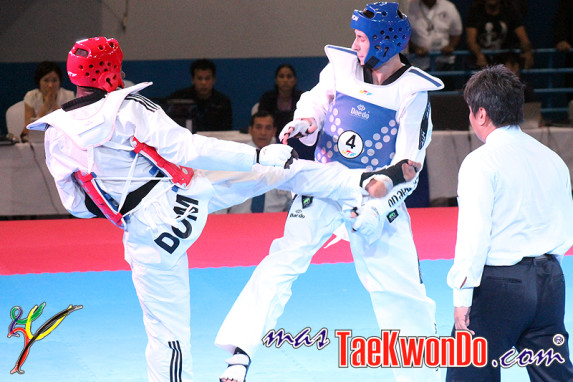 These are the words of Marlene Harnois (France), Bronze medalist of the 2012 London Olympic Games: “It is greatest feeling ever to be part of the World Cup Team Championships. Taekwondo is my passion. Sharing my passion with my best friends and working together for the same goal, it is fantastic”.

The first two days feature the group stage adopting the round-robin system and the single-elimination- based quarter finals. On the last day, all semi-finals and finals will be staged.

On the first day of competition, the participating athletes have fascinated spectators by delivering speedy and powerful attacks at a breath-taking pace and performing highest level of techniques, showcasing the dynamism of taekwondo.

the result of the last match of the group stage which will be held on the morning of the November 24.

In Men’s Division, the Chinese in Group D has become the first team that has confirmed its place in quarter-finals by winning both of the matches today. It beat Aruba by 36 to 3 and Chinese Taipei by 32 to 15.

This year edition of the WTF World Cup Team Championships has adopted ‘tag-team match’ format for the first time.

The 1st round shall be conducted based on traditional team match format for one (1) minute per each competition. It means that the athletes shall compete against his/her counterpart of the opposing team in the order decided before the match. Final score of each team that is total points scored by all athletes of the team shall be accumulated.

The 2nd round shall be conducted based on ‘tag-team match format’ for 5 minutes. Athletes can be replaced regardless of order but each athlete should attack minimum three times for replacement.

This new format has been well received not only by the spectators but also by the participating athletes. Athletes say that they let out their power and energy, because the bout time for individual athlete is relatively short, and feel less pressure and enjoy the competition more. 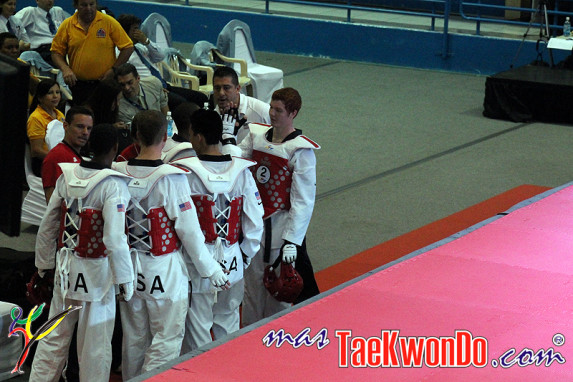 This new format came to the stage as an exhibition events in major WTF promoted events, including the 2010 WTF Taekwondo Tour held in Moscow, Russia, and the 2011 WTF World Championships held in Gyeongju, Korea.