Undoubtedly these four events have been highlighted by the great technological intervention in organizing them. The use of GMS for the entries has been an innovation in South America since the WTF official system has never been applied before for the registration of delegations in this region. 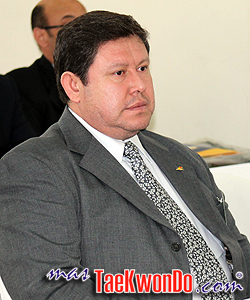 At the same time, the Video Replay system will be the official of the company Dartfish and will be conducted by Swiss Thomas Bosser, who led the same in the last Olympic Games and all the WTF official championships.

The TaekwonSoft company, is responsible for the assembly of the graphs and drawings for the different participants categories, being the same as used for London.

Dr. Alejandro Mansilla, spoke exclusively for masTaekwondo.com, and told us “We have working in Sucre the same WTF technical team that assembled to taekwondo as the one in the 2012 London Olympics. It is the first time that this group of professionals work in a Pan American of PATU“.

We are preparing for real class events, also, the technological investment made will undoubtedly ensure an agile development and functioning thereof.