Our media captured about 2,000 images, interviewed the 16 new Pan Am champions, telecasted online, provided instant results, we were present and provided live coverage of the General Assembly of PATU and the Technical Conference, we were the only media that published the results of the elections and the graphics at the moment of the competences.

While we have been covering this event with information since 2004 (Santo Domingo 2004, Buenos Aires 2006, Caguas 2008, Monterrey 2010 and Sucre 2012), it was in 2010, when we became Official Sponsors of Monterrey 2010 and this year we are not only sponsors again, but we mobilized for the first time with a team of seven people.

With the presence of the CEO of masTaekwondo.com, Claudio Aranda, General Manager, Matias Rojas and a team composed by Laura López Rodríguez as head of systems and photography, Marcos López Rodríguez in photography and social networking, Matías Martínez in video and English interviews, Antonio Aranda in technical service and Nadia Gómez in graphs, we tried to cover all aspects that would provide a wider coverage of a PATU event ever transmitted before.

We are extremely happy and joyful for having fulfilled the goal set by our management team, with the professionalism that characterizes us and with the seriousness it deserves an event of so much importance. 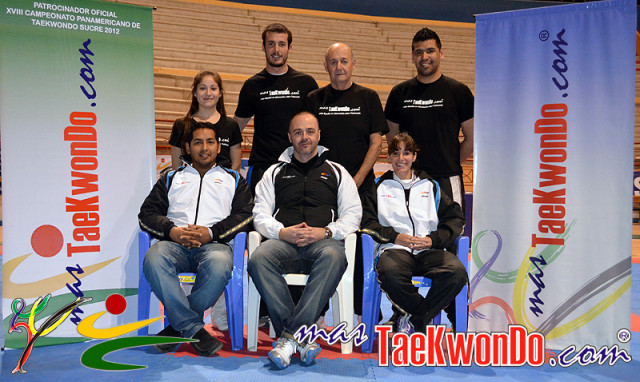 We are very thankful for all the good treatment received and all the attention offered to the team, by the president of the Bolivian Federation of Taekwondo: Alejandro Mansilla and Mr. Hugo Rocabado.

We hope that you have enjoyed as much as we did on this XVIII Pan Am Taekwondo Championships that has come to an end.