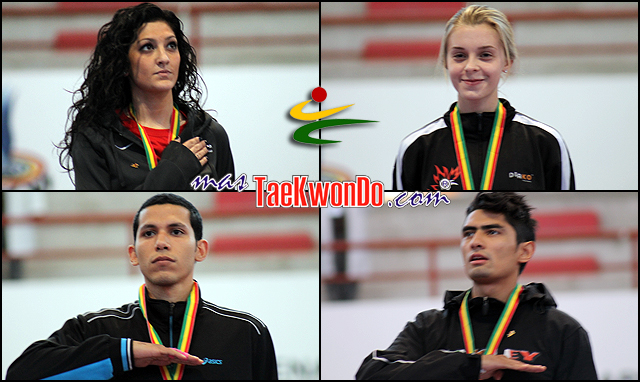 In the category of less than 63 kg, the new Pan-American Champion is Abel Mendoza of Mexico, who told us “I am very happy to have achieved this result.” “I have been looking for an achievement like this and thank God I was given the gold medal in this Pan American Championships.” Getting to this stage in the national team has been hard, because there has always been a lot of high levels in this category in Mexico ” Regarding this championship, it was not easy to get the first place and to have competed with experienced competitors as Mauro Crismanich of Argentina, Marcel Wenceslau of Brazil and finally with Jairo Rijo of the Dominican Republic, it was very hard, but thank God in the end we were able to put the name of Mexico on top again. ”

“Now that we are starting a new Olympic cycle, I think we are taking a good step and now we are looking forward to be selected for the next World Championships to be done in Mexico.” “I think that’s one of my main aspirations and most of all to fight and to be in the next new Olympic cycle. “” While I have participated in opens and Central American youth championships, this has been my first participation in events of such magnitude and thank God I was able to achieve it, I think this is my moment and the time to continue representing Mexico in international events. ” Mendoza expressed to masTaekwondo.com 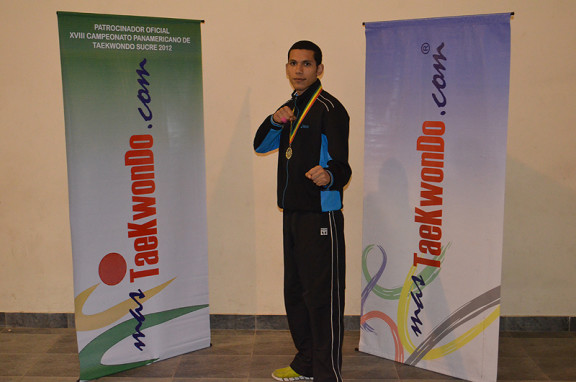 With respect to the female categories, Simone De Vito of the United States, won the maximum title of 53 kg, she stated to our media: “At this point I am very proud, it was very difficult to get the medal, so now I feel more relaxed, and I can only enjoy and support the rest of my team. ”

“Within the area of combat, although we were able to sense the level of combat it was not as much as we expected, because usually when we train, we make sure to breathe correctly.” “The level in this tournament has been very good, they were all very strong and fast, however when you prepare well and focus correctly you can overcome all obstacles. ” 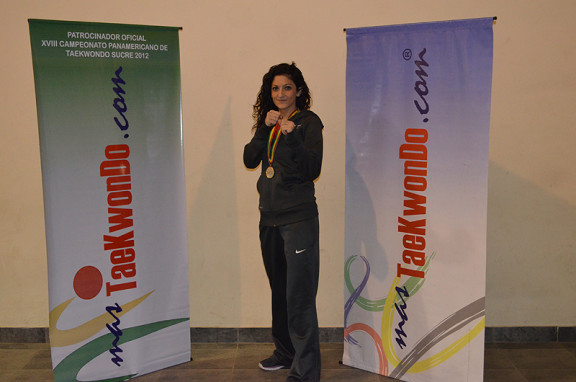 Regarding the other female category disputed in the first date of this Pan American Taekwondo Championships, was less than 57 kg, and the winner was the Canadian Evelyn Gonda sister of the devoted Ivett, who told us “Although yesterday I could not breathe very well, I now feel very happy to have won the medal. “” On the issue of height, I could hardly breathe during the first fight, however, then I felt a little better, but actually I ended up very tired. “” It was tough, but luckily I was able to win every battle and now I point to my next target wich are the Canadian National Youth Championships.” 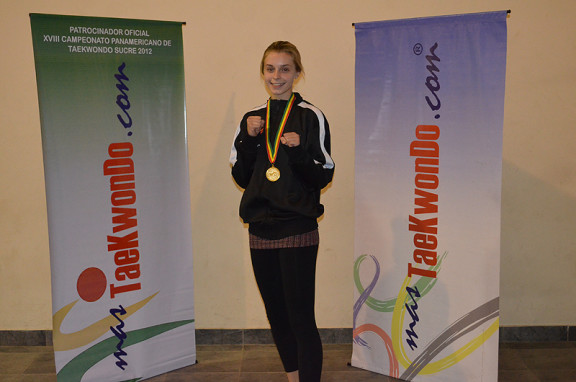 Idulio Islands was the other Mexican who took the Pan American gold, in the 68 kg, and he said, “This is my second participation in a Pan American of PATU, and it’s my first gold medal in such events.” “The level was very strong, for example the Mexican National Team has had a major generational change, there are many young people who have the will to fight and the hunger to be the best, as in other countries where there is not much respect as there used to be and that makes Taekwondo more competitive.”

“The altitude affected me a little, I did not think it would affect me because in Mexico we have just 500 meters less, but if it did, I felt a bit heavy and sometimes I felt with no air during the first fights, but in the semi and the final I went much better. ”

“My next goal is to qualify for the next World Championships to be held in my country, I have previous assessments in Mexico and it would be very important for me to represent Mexico in the world, and once there to get on the podium.”

“I am grateful for all the mediatic support masTaekwondo.com has given us, you are the number 1 as I always say, and I also want to thank my sponsors, Okley, Mr. Pablo, to my professional team Centauros Pachuca and mainly to my family” . 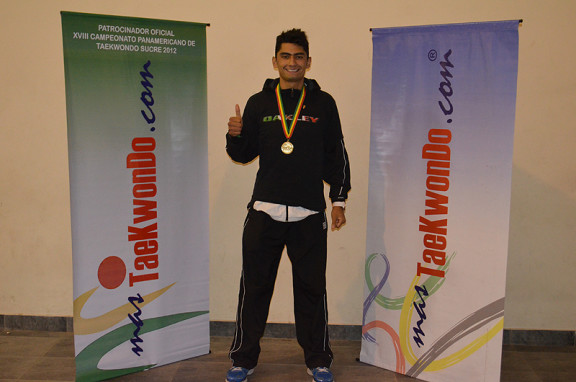