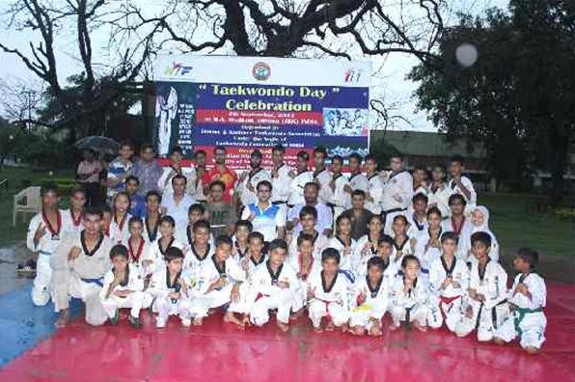 World Taekwondo Day is celebrated to commemorate the International Olympic Committee’s (IOC) decision to adopt taekwondo onto the Olympic program at the IOC Session in Paris on September 4, 1994.

The 2012 World Taekwondo Day celebrated the sport’s success in London, and renewed the WTF‘s push for inclusion in the Paralympic Games.

Dr. Chungwon Choue, President of the WTF, said, “Taekwondo is the fastest growing martial art and one of the biggest booming sports around the world. Young and old, male and female, people from all religions and cultures have taken up taekwondo. London 2012 was a resounding success, and the fairest and most dynamic event in our history”.

Jean-Marie Ayer, WTF Secretary General said, “each year the number of our para-athletes is increasing as the WTF continues to provide everyone with the greatest opportunity to participate in taekwondo, regardless of a disability. The 2012 WTF World Para Taekwondo Championships will take place in Aruba in November and we are expecting entries from Pan America, Europe, Africa and Asia. London 2012 has been an inspirational experience and we want to continue to inspire all walks of life in the on-going pursuit and achievement of excellence”.