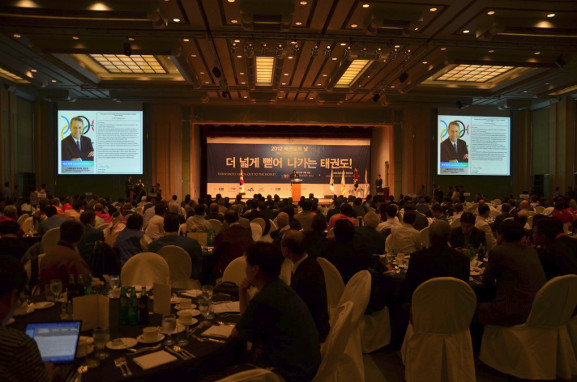 On behalf of the Olympic Movement, I would like to convey my best wishes on the occasion of 2012 Taekwondo Day.

This year, this event has a special significance for the world taekwondo family as it comes just a few weeks a after the London 2012 Olympic Games, during which the taekwondo tournament was very successful. Many countries won their first medals in front of packed crowds at the ExCel arena. Through their performances, these athletes certainly inspired many young people to engage in physical activity and to strive for excellence through sport while respecting the rules.

I would like to congratulate the World Taekwondo Federation (WTF) and its President, Dr Chungwon Choue, as well as the Taekwondo Promotion Foundation, Kukkiwon and the Korea Taekwondo Association for joining forces to undertake such an initiative.

The WTF could wish for no better way of promoting its sport for generations to come. Since its official debut on the Olympic stage in 2000 in Sydney, taekwondo has shown that it is a sport which can, and does, contribute to the values a and ideals of Olympism, pursuing excelllence, ensuring fair play and promoting friendship. I wish you all an enjoyable celebration and a happy 2012 Taekwondo Day!