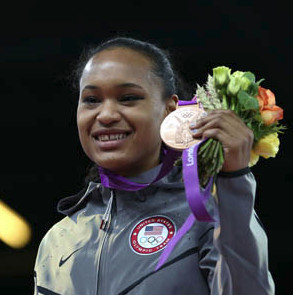 Paige McPherson won the bronze medal in taekwondo in the 67-kilogram division. She tells KBHB radio that her experience in London was unforgettable, from the opening ceremonies to the Olympic Village.

McPherson says she was nervous when she lost her second fight, so she decided to loosen up for her last two bouts and just “embrace the moment.” She says she didn’t expect to win the bronze medal match, and when she did it was “pure joy.”

She’s now training for the 2016 Games in Rio de Janeiro.

A public reception is being held for McPherson Sept. 30 at the Sturgis Community Center.