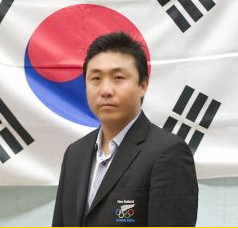 The Korean has been in New Zealand for 15 years teaching the art of taekwondo and last month took the New Zealand team to the Olympics in London.

He has now developed a relationship with the St John Club in Invercargill and is expected to make regular visits to the club to ensure it is running smoothly and adopting the right techniques.

Club official Jason Turnbull said the club was in good health, with 58 members and some impressive results.

One of the club’s stars is 11-year-old Patrick Hanson-Friend, who is the best in New Zealand for his age. Last week Patrick won silver at the Australian Open. He lost the final in a golden point fourth round.

“To come away with silver at the Australian Open at 11 years old; he’s a gun.”

“We definitely learnt a lot from it,” he said about the most recent seminar.