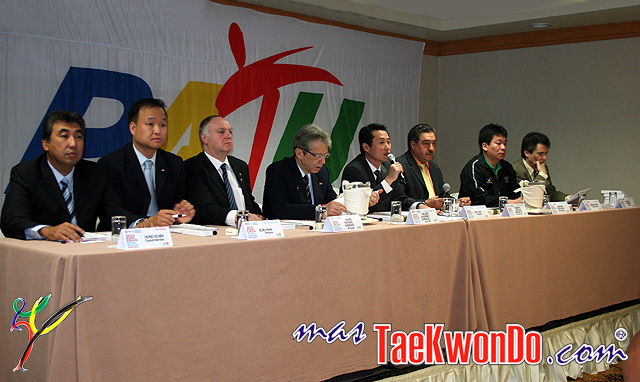 This information would have much sense as the Statutes of the World Taekwondo Federation say that elections in Continental Unions must take place six (6) months after the elections in the WTF. Given this, we must remember that the world body elections will be held during the General Assembly of the World Taekwondo Championships in Puebla, Mexico in June 2013, therefore PATU elections could not take place, or in any case could not be repeated in December 2013.

What this means is that since PATU could choose new authorities next October, however in this case they would be holding their possition just for over a year and according to information circulating, it would not make much sense to conduct elections now if they would have to be repeated next year.

Therefore if everything stays as it is now without PATU elections, this same Executive Council chaired by Ji Ho Choi would continue until the end of next year.