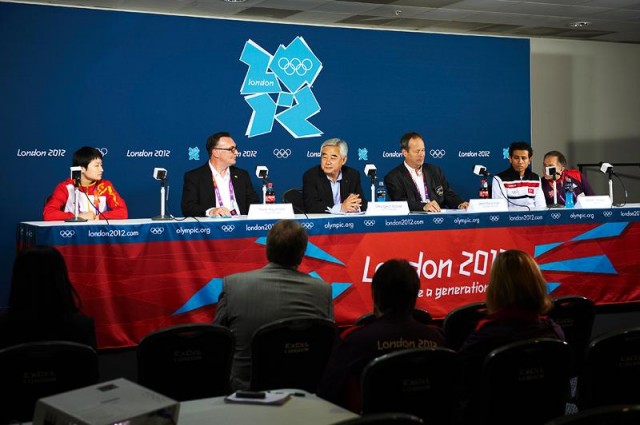 The World Taekwondo Federation (WTF) today hailed the London 2012 taekwondo tournament as the “best Olympic taekwondo competition yet”, with 24 medals already distributed among 17 nations, and more to come in today’s final two sessions.

There are still eight medals up for grabs on day four of the taekwondo competition, with Spain currently top of the taekwondo medal table with three. Some of the highlights so far include a gold medal for 19 year-old Jade Jones of Great Britain in her first Olympic Games, first golds of London 2012 for Turkey and Argentina, and a second consecutive bronze for Afghanistan’s Rohullah Nikpai.

“It really has been an amazing four days of competition. So many countries made history here by getting their first medals in the sport of taekwondo, and some even their first or only medals of their Games. The taekwondo family is already looking ahead to prepare for the 2016 Olympic Games in Rio. In just a short time we will be forming a special task force to begin the preparations. Our experience here in London will certainly guide taekwondo to another successful Olympics in Rio.”

“We still have two sessions to go, but already I think it is fair to say that the London 2012 competition has been the best Olympic taekwondo competition yet, just as we said it would be. Anyone who has been here, and heard the noise, and seen the flags will tell you the same thing: the atmosphere has been very, very special.

We have had nearly six thousand people in the arena three times a day for three days, and they have been treated to some spectacular bouts.”

Servat Tazegul, who won Turkey’s first gold medal of the Games in the -68kg final on Thursday, said:

“Competing in London has been such an amazing experience for me. The facilities and the organisation have been top class. But the best thing has been the crowds. The stadium was full for every round, and the noise was incredible.

When I fought Martin Stamper in the semi-final, the atmosphere was just electric. I’m so proud to have won gold for Turkey. When you think of world-class fighters like Stamper, Jennings and Nikpai, you know you will have to perform at your very best. Luckily, I was able to do that.”