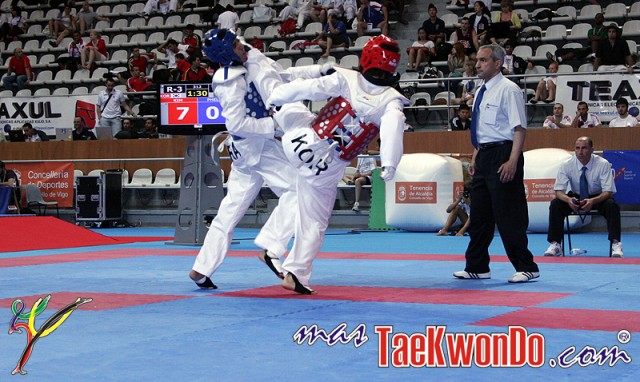 Since its debut in the 1988 Seoul Olympic Games as a demonstration sport, and its first participation in the 2000 Sydney Olympic Games as an official sport, competitive taekwondo has been continuously evolving into a fair, exciting and media-friendly sport with all the demands and expectations associated with any Olympic sport.

Each time it has performed at the Olympic Games, taekwondo has shown progress in both its technical and its operational aspects. Indeed at the 2008 Beijing Olympic Games, the taekwondo competition was staged successfully with the participation of 128 athletes from 64 countries – the largest number of participating countries in taekwondo’s Olympic history.

After the Beijing Olympic Games, the WTF’s efforts to improve taekwondo competitions have continued. It has introduced a series of major changes in its competition rules to further ensure complete fairness and transparency in the judging and enhance its dynamism to make it more appealing to the general audience by adopting cutting-edge technologies and reinforcing the education of its referees and judges.

All “Olympic firsts” that have resulted from such a continued effort are briefly described on the following pages.

London 2012 to Become the First Olympic Games Employing PSS for Automatic Scoring The use of The Protection and Scoring System (PSS) may be considered the most significant step taken by the WTF to ensure fairer competition. This innovative system automatically measures the strength of any kick to the body, and scores it, with the score being transmitted wirelessly and displayed on the electronic board.This automatic scoring system is believed to minimize human error and contribute to the enhanced transparency and fairness of the judging system.

Further, the fact that technical points for turning or back kicks, or kicks to the head are scored by judges might raise doubts about the possibility for human manipulation. However, such a doubt can be immediately dispelled by another backbone underpinning the WTF’s fair and transparent judging mechanism, the Instant Video Replay system.

After the Beijing 2008 Olympic Games, the WTF accelerated its efforts to conduct field tests of PSS and develop relevant competition protocols. The WTF employed the PSS at the WTF World Cup Taekwondo Team Championships held in Baku, Azerbaijan, in June 2009, for the first time in its history. Four months later, in October, it used this system at the 2009 WTF World Taekwondo Championships held in Copenhagen, Denmark.

The use of PSS at the London 2012 Olympic Games was confirmed in May 2010 and the system has been successfully integrated with the Swiss Timing Scoring system and tested during the “London Prepares” test event.

How Does the PSS Work?

The body protector records a hit and its force. The information is sent to the scoring machine. The point is validated if the hit level is sufficient.

The Hall Effect sensor is a transducer that varies its output voltage in response to changes in the magnetic field. Hall sensors are used for proximity switching, positioning, speed detection, and current sensing applications. In its simplest form, the sensor operates as an analogue transducer, directly returning a voltage. With a known magnetic field, its distance from the Hall plate can be determined. Using groups of sensors, the relative position of the magnet can be deduced.

The athlete wears a sock containing magnetic material. The radiation interacts with the sensing cable in the trunk protector. The distance for interaction is 0.5 cm, meaning that a valid identification can be registered without direct physical contact. However, there is a score only if the right impact value is registered by the Force/Impact sensor. 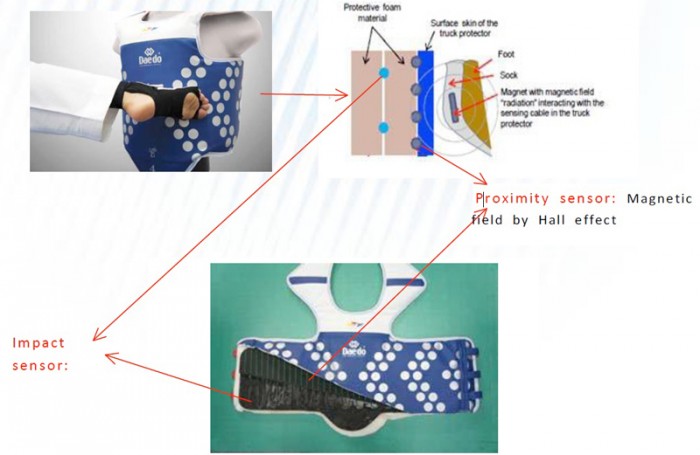 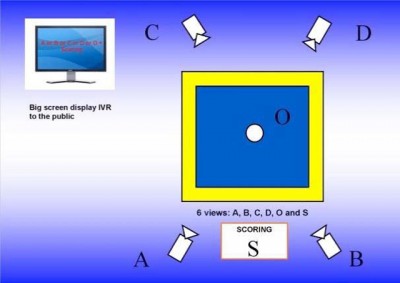 Six Cameras to Capture Every Moment with Zero Dead Angle Instant Video Replay (IVR) will be used for the first time in taekwondo Olympic history. The IVR system allows a coach to request a review for all point-gaining actions which are not scored by PSS and penaltiesi. In particular, for the London Olympic Games, six views including one overhead camera will be installed, ensuring every movement is captured in every angle.

At the request of a coach, the review jury, selected from the most highly experienced international referees, will review the action in question and make the final decision. As The IVR system is integrated with the scoring system and tags all key moments – such as scoring a point or getting a penalty – it can immediately detect such moments at request.

In the 2012 London Olympic Games, coaches will have one (1) appeal quota per one athlete throughout the competition. In the medal contests, however, the quota of the former rounds will be reset to be zero and a new appeal quota will be allocated to each coach.

The IVR was adopted for the first time in February 2009 in order to ensure the correction of any possible referee/judging errors at the request of a coach. The IVR system has been continuously reviewed for better decisions and finally, in October 2010, it completely replaced the post-competition protest procedures, which used to be conducted after the conclusion of the match.

Other Major Rule Changes since Beijing 2008

The contest area has been reduced from 10m x10m to 8m x 8m to ensure athletes do not run away and avoid the fight. As athletes are subject to receiving a warning penalty when both feet cross the boundary line, athletes now need to be physically stronger (more active during the match) to adapt to the new rule changes. 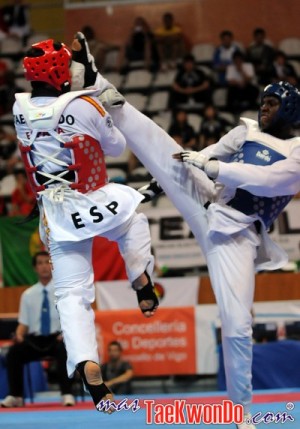 A technically and aesthetically important aspect of taekwondo is the use of spectacular foot techniques. To encourage athletes to perform more technically demanding kicks, differentiated points are now given to kicks of diverse techniques.

Taekwondo competition was seen as ‘boring’ when the winning athlete would avoid engagement in fight and stall. The 10-second rule was introduced to ensure the athlete is no longer able to avoid the fight. After the referee declares ‘fight’, defensive athletes receive a warning penalty. This change is considered one of the key factors in making taekwondo more dynamic and exciting.

Before the rule changes, when competitors get one deduction penalty or two warning penalties, one point used to be deducted from the final point scored. Sometimes, the final scores ended up as -3:-2, which caused confusion amongst spectators about the match results.

To make the point system easier for spectators and the audience to understand, the rule was revised so that the penalty point is awarded to the opponent as an additional point, instead of it being deducted from the penalized athlete.

Wearing of Religious Items Beneath the Head Protector is Officially Allowed

Taekwondo’s popularity is global. To ensure no one is deprived of the right to enjoy the sport and participate in competitions due to his or her religion, the relevant rules were changed to allow the wearing of religious items, such as a hijab, beneath the head protector. With this change, a significant number of Muslim female athletes were able to participate in national and international taekwondo competitions without restrictions.

Taekwondo Demonstration to be Performed on the Olympic Stage

A 15-minute taekwondo demonstration will be staged between repechage matches and final matches every day during the four-day taekwondo competition at the 2012 London Olympic Games.

It will mark the first occasion for a taekwondo demonstration to be staged at the Olympic taekwondo venue. The IOC approved this plan in June 2010 and it has received strong support from the London Organizing Committee.