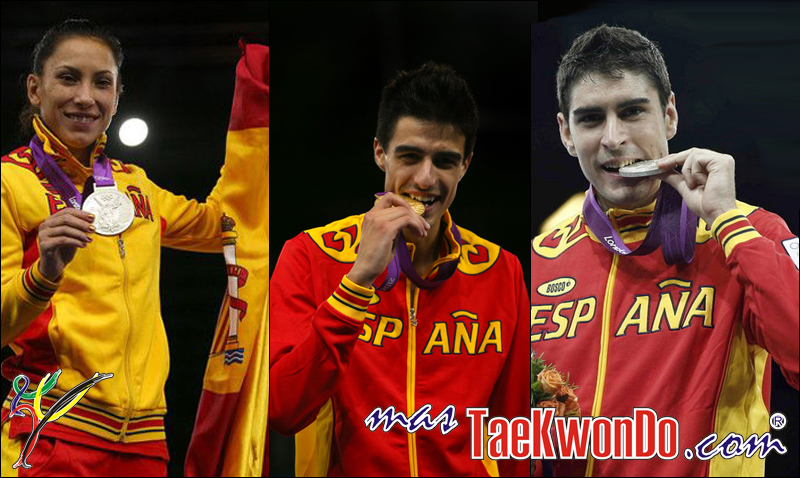 Joel Gonzalez Bonilla was proud to earn Spain’s first taekwondo gold medal on Wednesday and said his victory in the Olympic flyweight (-58kg) category was the culmination of four years of blood, sweat and tears.

“I’ve been through so much hard work to reach this gold, I’ve had so much support but also so much pain, but in the end it all paid off,” he told reporters after beating Lee Dae-hoon of South Korea in the final.

“We’ve never managed to get gold in taekwondo until now so I’m so glad and it’s so great to be the first one.

“It’s been a fantastic year for me, I won the 2011 world championships and now the Olympics. It’s the icing on the cake after four years of hard work.”

Bonilla swept through the competition and was particularly impressive in the semi-finals where he demolished Oscar Munoz Oviedo 13-4.

He faced his toughest opponent in the final but was quicker and more accurate with his kicks than the shaggy-haired Korean, jumping into a 5-2 lead in the first round. Lee came back strongly but the Spanish seemed to easily anticipate his opponent’s attacks and made him pay in the second round, picking him off as he rushed in.

Lee was repeatedly punished for his attacks in the second and third rounds, on one occasion being sent to the canvas and having to receive medical assistance, as Gonzalez stretched his lead to 8-4. In the final seconds, the Spanish was able to avoid bout-altering kicks to the face – worth as much as four points – while continuing to score on the counter-attack to win 17-8.

Yagüe, meanwhile, lost to China’s Wu Jingyu on Wednesday and wound up with the silver in the women’s flyweight (49kg) category.

The 31-year-old Spanish athlete, a three-time world champion, finally got her long-awaited Olympic medal after bad luck had cost her in the past. She lost her first bout of the Athens Games in 2004 when there was still no seeding and then was unable to participate in Beijing due to a broken hand. Wu, who also won gold in Beijing, used her speed and technical skill to score an 8-1 victory in the final.

Spanish Prime Minister Mariano Rajoy on Thursday sent congratulatory messages to both Gonzalez and Yagüe. He praised both athletes for the “talent, work and effort” that have given them a “prominent place” in the history of Spanish sport and raised Spain’s global stature.

Also, Spanish Nicolas Garcia Hemme won the Italian Mauro Sarmiento in the category of – 80 of taekwondo and played the final of the Olympic Games, thereby ensuring the third medal in this sport in London.

A point obtained by the Spanish in the final seconds gave the pass to the finals of the tournament. In the quarterfinals, García Hemme defeated British Lutalo Muhammad, European champion, 7-2, with partial 0-0, 1-1 and 6-1.