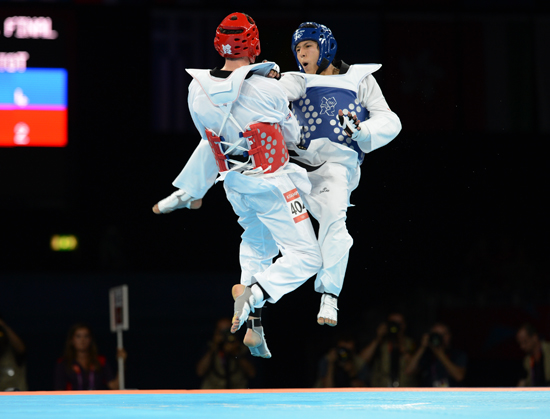 Mr. Rohullah Nikpah, a taekwondo hero in Afghanistan, has made another history in London, Great Britain on Aug. 9, 2012, as he won a bronze medal in the men’s -68kg category of the 2012 London Olympic Games.

For the war-torn Afghanistan, the medal was the second of its kind in its 76-year Olympic history in any sport. Mr. Nikpah, 24, earned his country a bronze medal in taekwondo at the 2008 Beijing Olympic Games, which was the first-ever Olympic medal for Afghanistan.

In a bronze-medal contest in the men’s -68kg division at the ExCel London, Mr. Nikpah, a bronze medalist at the 2011 World Taekwondo Championships, brushed aside a stiff challenge from host Great Britain’s Martin Stamper and won the match 5-3.

“I am so happy to win another Olympic medal. I have trained quite a lot for the gold medal,” said Mr. Nikpah shortly after the bronze-medal contest. “My thanks go to the Afghan people and my special thanks to my Korean coach Mr. Min Shin-hak.”

He said, “If another chance is given to me, I am willing to participate in the next Olympics for the gold medal. Taekwondo is the most popular sport in Afghanistan and as long as taekwondo maintains its Olympic status, Afghans, especially young people, can keep dreaming.” “Taekwondo is really giving hope and dreams to the world.” 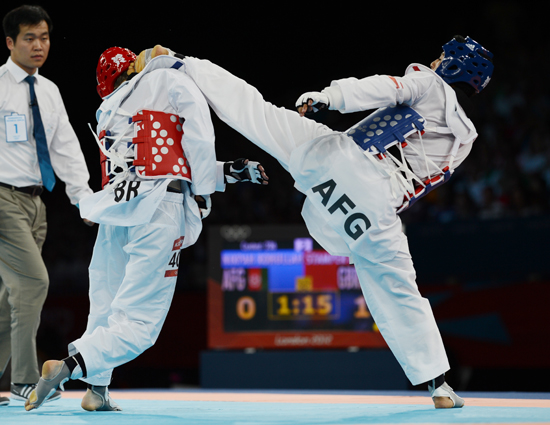 Mr. Nikpah, who participated in the 2008 Beijing Olympic Games through a wild-card invitational ticket, grabbed a ticket to the 2012 London Olympic Games by winning the third place in the men’s -68kg category at the Asian Taekwondo Qualification Tournament in November 2011 in Bangkok, Thailand.

Mr. Nikpah, who underwent months of hard training in Korea prior to the opening of the London Olympic Games, said his achievement was made reality with a combination of support of the IOC Solidarity program and the continued efforts of the Afghanistan Taekwondo Federation. He was an Olympic Solidarity scholarship recipient. 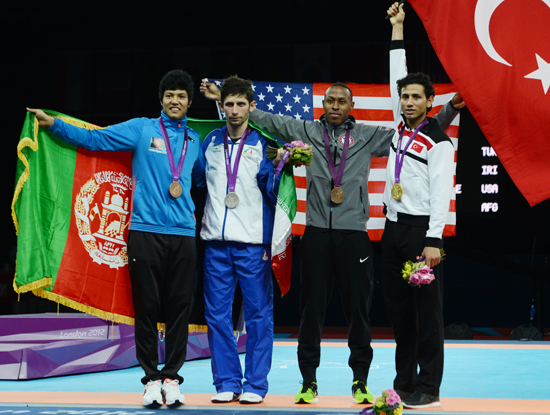