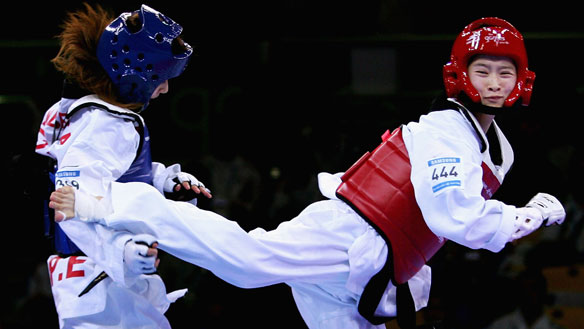 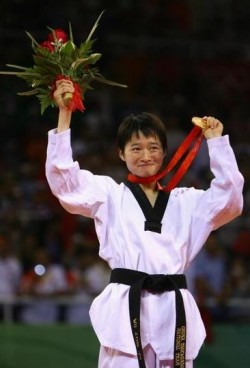 Many taekwondo Champions have realize that after winning a gold medal they still have to work as hard as before to achieve more titles.

Wu, the Beijing Olympics’ flyweight (49kg) gold medalist, hit a career slump after home glory due to fatigue and a lack of motivation.

The once-unbeatable Wu started to lose major battles in 2009, crashing out of the National Games and the World Championships before the finals.

“People believed I could win every event after Beijing and that bothered me a lot. I started to question myself, “what if I don’t work hard, can I still win as well?’” Wu said of her post-Olympics journey.

“Finally, I figured that if I still want to win titles I should forget about the gold medal in Beijing, start over and work as hard as before,” said the 24-year-old.

Carrying a target on her back, Wu will face tough challenges from Chinese Taipei’s Yang Shu-chun, who was named Wu’s main threat in the category by the AP.

However, Wu believes she can overcome that challenge, citing a more mature approach to handling the title-defending pressure.

“Pressure is everywhere when people expect you to win again and again. The only thing that matters is how you see yourself. I know how to tune up mentally now, and I’ve learned to play with my head and not my foot.”
Wu beat 26-year-old Yang at the 2011 Worlds to reclaim her 49kg gold medal after four years. Another Chinese fighter, Hou Yuzhuo, will also be expected to bring back a medal after winning in the 57kg event at last year’s Worlds.

On the men’s side, sole representative Liu Xiaobo will be seeking revenge against South Korean rival Cha Dong-min in the heavyweight (+80kg) category.

Cha, the event’s reigning Olympic champion, beat Liu at the Asian Championships in May.

The Chinese contingent has bagged four gold medals since the 2000 Sydney Olympics and wants to add at least one more in London.