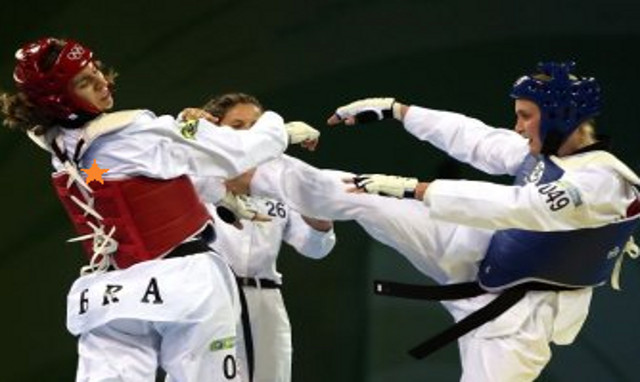 The 26-year-old was a quarter-finalist in Beijing, and comes to London in good form having won bronze at the World University Games in South Korea in May and gold at the Dutch Open earlier in 2012.

“Especially compared to Beijing I definitely feel a lot more prepared, a lot more happy with my training,” Marton told reporters in London on Wednesday.

“I’m a lot hungrier this time around.” Australia’s taekwondo coach Ali Khalil said Marton, who is in the less than 67kg class, had a brilliant preparation and talked up her prospects for London.

“There are some amazing athletes in that division but she does have the ability and she will medal,” Khalil said on Tuesday.

“She is looking very strong, very focused and she has got the advantage of being at an Olympics before.”

Should the coach’s predictions prove spot on, it would be Australia’s third medal in taekwondo, following Lauren Burns’ gold and Daniel Trenton’s silver in Sydney 2000, when the sport made its Olympics debut.

Marton will be joined in the team by her fiance Safwan Khalil, who will compete at his first Olympics in the less than 58kg class.

Khalil narrowly missed selection for the 2008 Olympics and Marton said it was a special feeling to be attending the Games with him. “To be able to work really hard for four years and make sure that we both made the team this time around is definitely a dream come true,” Marton said.

The couple, who met more than 10 years ago at a junior world championship, trained together in Sydney and Marton said their sessions were often quite vigorous. “We do spar each other and it does get quite competitive, especially if I land a head kick or two on Safwan,” Marton said.

The Australian taekwondo team, which arrived in London on Tuesday after rounding out preparations at a training camp in Sydney, was very much a family affair with Safwan Khalil’s older brother Ali the head coach.

2 thoughts on “The Australian taekwondo team arrived in London”