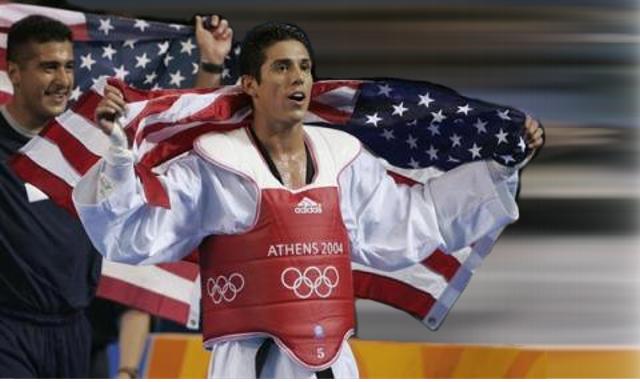 As part of a family team: older brother Jean is his coach and sister Diana is also competing. Younger brother Mark didn’t make the Olympic team this time, but is coming as a training partner.

Lopez has already been called a legend in the Korean martial art, and at 33 he will be one of the oldest competitors at the Olympics.

“After I won two Olympic golds and two world championships, a lot of friends told me to stop while I was ahead,” Lopez said. “But it’s like they’re coming from a place of fear, as in, I might lose the next time.

“And I’m always thinking, ‘Well, I might win the next time.’” Lopez has also set a rather high bar for himself.

“He’s the general and I’m the soldier,” Lopez said. “He knows what’s best and my job is to execute the strategy.”

Since the Beijing Games, taekwondo officials have boosted the number of points for kicking to the head and declared that simply touching your opponent’s head with your foot counts as a valid kick.

That has changed Lopez’s style somewhat, though he doesn’t usually go into a fight with a set plan. Many of his competitors and their coaches have spent hours studying Lopez’s fight style hoping for insight into how to defeat him.

Not that any of that surveillance homework has Lopez worried.

“The key is to always come back with something just a little bit different and to go with your strengths,” he said.