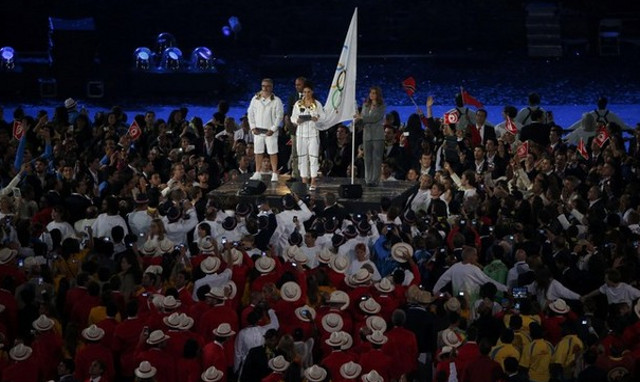 Holding a corner of the Olympic flag, Stevenson swore that she and other athletes to the London Games would commit themselves to “a sport without doping and without drugs”, reports Xinhua.

Stevenson is the most successful taekwondo athlete in British history. She became Britain’s first-ever world champion in 2001 and won the nation’s maiden taekwondo Olympic medal at the 2008 Beijing Games. She had competed at Sydney 2000, finishing fourth, and in Athens 2004.

In Sydney 2000, for the first time, the oath included a pledge against the use of drugs at the Games.

A total of 10,490 athletes from more than 200 countries and regions will participate in the London Games, competing for 302 medals.