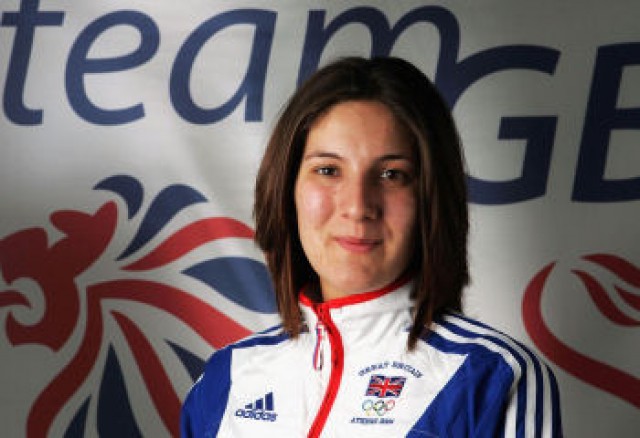 With less than 5 weeks, Sarah Stevenson is one of the British Taekwondo competitors that is training hard for the upcoming big event. This is how she feels about it.

In taekwondo you can get ranking points by travelling around to lots of different competitions, but a lot of athletes don’t bother because they prefer to prioritise the world championships and the Olympics. Perhaps some fighters would like to be top of the list, but personally I’d rather win a world championship or Olympic medal. In tennis, Dinara Safina was top of the world rankings for a long time, but never won a grand slam event. Perhaps she was content with that, but I would rather win important trophies.

I am involved and if the rotten luck I’ve had in the past year is anything to go by, things could get a whole lot worse before the Olympics. Considering how much of a Jonah I can be, I’m surprised I haven’t been chucked out of the team because it seems that anything can happen when I’m around!

But fingers crossed, it’s five weeks to the start of my event and I’m feeling good about it. We had an Olympic testing day last week, where we did a whole “mock Olympics” from beginning to end: test matches with proper referees on a raised ring we built in our gym, with the inevitable hanging around in rest areas (or in this case: somebody’s office) between fights that comes at major competition. That helped familiarise everyone with how things are going to be at the Games; making it all real, providing good practice and giving everybody a chance to have competitive fights.

Having recovered from surgery on The Knee, I’m back training fully with everyone else. I’m not doing anything differently to the rest of the team, although I still have to look after it. There are exercises I have to do to keep on top of it and keep the swelling down, but apart from that I’m doing the same things everyone else is doing and keeping up with them. I’ve had plenty of support from UK Sport and the English Institute of Sport along the way.

When I’m kicking in training it feels fine and when I go in the ring I’m able to fight exactly how I want to without having to compromise. People have asked if my opponents can take advantage of the knowledge of my knee injury to try to beat me, but that won’t be a problem. Even if they’ve seen The Karate Kid, I’m not sure how they could turn it to their advantage, because planning how best to hurt my knee would be a pretty ridiculous plan with which to turn up at London 2012. If opponents are worrying about that, they’re not going to be concentrating on what I’m going to do to them, which would suit me just fine.

Training is exactly the same as it would be for the buildup to any other championships – we try not to do anything different just because it’s the Olympics, because there’s no point. You can’t train too hard because you’d be absolutely knackered, so we’re going to do what we did for the world championships, because that worked out really well for the team.