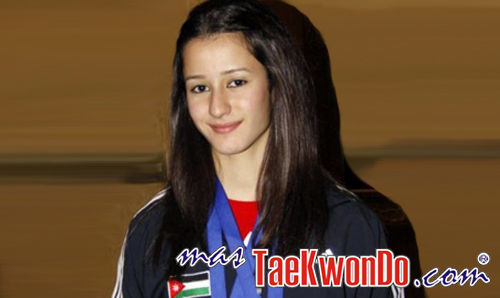 Dana, who got the ticket to Jordan in the Asia Continental Olympic Qualifier Tournament in Bangkok, were she got the third place, has stepped back from the Olympic entry due to a last minute knee injury.

Dana has previously won a silver medal at 2010 Singapore Youth Olympic games and she was never shy to let people know of her ultimate dream: getting a gold at Olympics.

The other Olympians from the youth Olympics are Jade Jones(UK, Women’s under 57kg) and Mamayev Nursultan (Kazakhstan, Man’s under 58 kg).

Theoretically, the provisional draw sheet could be possibly ever changing and it’s allowed to do so until the council meeting takes place. The actual deadline is August 6, 2 pm, when council meeting will be held at London Excel.

The ground for change is only subjected to the athlete’s injuries. In order to notify the change to NOC, a designated doctor’s certificate is needed.

The IF will decide whether the replacement is qualified to be an Olympian: For instance if they are ranked in the top 20 in recent 2 years or if they have won a medal at an international open etc.

The replacement for Dana is Ayman Hatahet Raya. She represented Jordan at the World Taekwondo Championships held in Copenhagen in 2009 and was also the one who sought the place in the Olympic World Qualifier in Baku, Azerbaijan last year. Currently she is ranked 78 in WTF world ranking, while Dana Haider Izzat Touran was in place 16.

2 thoughts on “No Olympics for Dana”