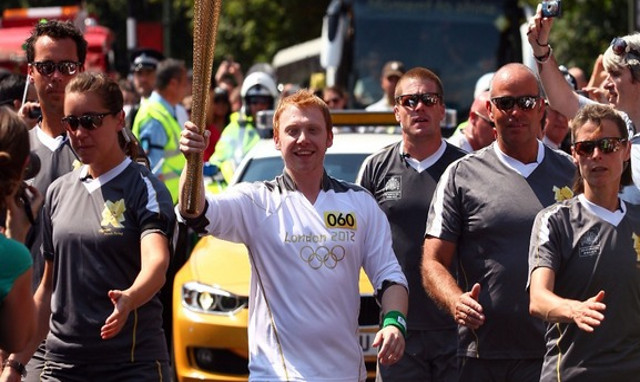 The 23-year-old actor, who began his leg of the beacon relay at Middlesex University, was forced to fight off fans as he made his way through town, and out-of-shape Grint admits he is just glad the trek was all downhill.

He tells The Press Association, “Running is kind of a new thing for me. I don’t usually run for anything, but it was all downhill so I was OK. I didn’t really know what to expect, it was all a bit of a blur. I’m just so proud to be a part of it. It’s amazing to see everyone so excited and really geared up for this.”

Grint is not the only star to carry the flame in the run up to the opening ceremony on Friday (27Jul12) – X-Men star Sir Patrick Stewart, Wanted actor James McAvoy and pop singer Melanie Chisholm have also had the honor.