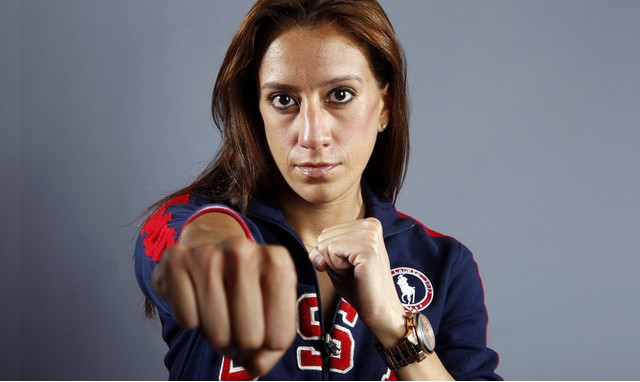 “We train hard every day but when it comes to the fight, it’s about letting go and getting into my rhythm,” Diana Lopez said. As one of the tallest women in her division, the rule change awarding more points for head kicks should work in Lopez’s favour, though she says she won’t only focus on head shots.

“I’ll take whatever’s open,” she said. “I like using my front leg to keep my opponents away with a jab, but might also use a spin back kick if they attack.” Having three brothers with major taekwondo titles also gives Diana Lopez confidence, though she herself won a world championship in 2005 and a bronze at the Beijing Olympics.

She’s also the only returning Olympic medallist in her division. “I look to my brothers as my support system as the taekwondo gurus that they are,” Lopez said. “It’s not just me in the ring, I feel like it’s all of us. It’s an army within a family going to war.”

But not all of the Lopezes are comfortable when the kicking starts. “I told my mom that she has to be in London, even if she wants to go shopping or to church,” Lopez said. “She’s just a nervous wreck when she watches any of us fight.”