Medals are awarded in four different weight classes for men and women — flyweight (less than 58 kg for men, less than 49 kg for women), featherweight (58-68 kg, 49-57 kg), welterweight (68-80 kg, 57-67 kg) and heavyweight (more than 80 kg, more than 67 kg) — putting eight medals up for grabs in London. A country can only send competitors for two weight classes per gender. 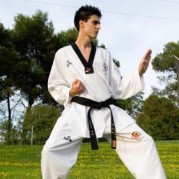 Joel Gonzalez, Spain: 22-year-old Joel Gonzalez has dominated men’s flyweight across international competition, and he will be the man to beat in London. Gonzalez is the defending flyweight world champion (he also won gold in 2009), and the 2010 and 2012 flyweight European champion. He’ll look to win his first Olympic medal in London.

Alexandros Nikolaidis, Greece: ?The Greek, who had the honor of being the first torchbearer for the 2008 Olympic torch relay, is back this year for his third straight Olympic appearance. Nikolaidis has lost in the last two Olympic finals to South Korean competitors, but is primed to make another deep run through the competition in London.

Mohammad Motamed Bagheri, Iran: ?Bagheri has dominated the featherweight division in international tournaments, winning gold at the 2009 world championships and 2010 Asian games, and claiming silver at the 2011 world championships. Bagheri finished second at the world Olympic taekwondo qualification tournament in Baku to seal his spot on Iran’s 2012 Olympic team, and is one of the favorites in his division in London. 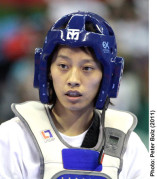 Hou Yuzhuo, China: Hou won the 2009 and 2011 world championships in the featherweight division, and she is primed to add an Olympic gold to her collection this summer. Ranked no. 2 in the world, the Chinese competitor will likely face no. 1 Tseng Li Cheng of Taiwan, but her recent international experience gives her the edge. 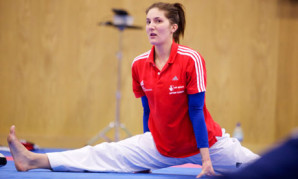 Sarah Stevenson, England:?The 2010 European and 2011 world welterweight champion is the hometown favorite in the women’s taekwondo competition. At the 2008 Games, Stevenson was involved in a controversy-riddled quarterfinal match in which a missed score was protested, and Stevenson was awarded the victory after initially being named the loser. She went on the win the bronze medal and eyes gold in London. 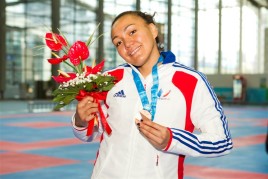 Anne-Caroline Graffe, France:? Graffe is France’s best hope at their first-ever Olympic gold medal in taekwondo. The heavyweight beat South Korea’s An Sae-Bom to win the 2011 world championships, and is the fighter to beat in the women’s +67 division at the 2012 Games.

2 thoughts on “Athletes to watch for London”