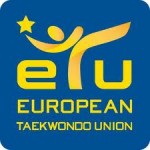 Attending the meeting were also the ETU secretary-general, Gerrit Eisink, a member of the executive committee of the ETU, Yevgeniy Klyuchnikov, MTF President Igor Yuzefovych, the head of the Moldovan Olympic Committee, Nicolae Juravschi and an adviser of the prime minister, Leonid Bujor.

Vlad Filat welcomed the presence of the ETU  leaderships in Chisinau. The prime minister noted that he wants to strengthen the relations with the two bodies, so that current Moldovan sportspeople, as well as future ones may benefit from support on behalf of the latter.

“For us, it is important to develop the sports sector, as well as to promote Moldova‘s image abroad. To this end, namely the sport is the best ambassador,” Vlad Filat stressed.

He showed confidence about prospects existing in the national sport.

“We have very gifted children, we should create the needed infrastructure, so that they may achieve results,” the prime minister said. 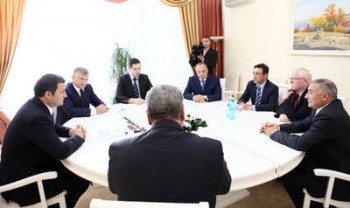 Athanasios Pragalos said he is in Moldova for the first time ever, noting that he will return to Chisinau as early as in next September. Pragalos also said that a seminar, as well as a training school for young sportspeople practicing Taekwondo will be organized in the Moldovan capital in September 2012. Internationally recognized trainers will come to Moldova on this occasion.

“In 2013, we are set to organize the European Taekwondo Championship in your country. We rely on the government’s support in this respect,” the ETU president said.

The prime minister gave assurances of the government’s every support to organize the championship, underlining that this will be an important event for Moldova.

The participants in the meeting also discussed the initiation of infrastructure projects in the sports field, such as training halls for those who practice Taekwondo, as well as other kinds of sport.