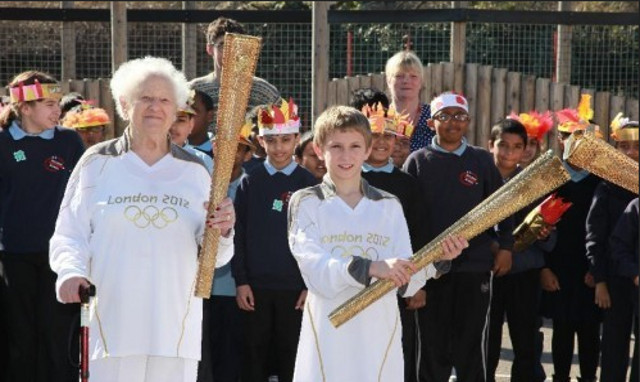 Diana Gould became the oldest torch bearer of the London Olympics. The torch run will end this Friday night during the opening ceremony. One billion people around the world are expected to tune in to watch.