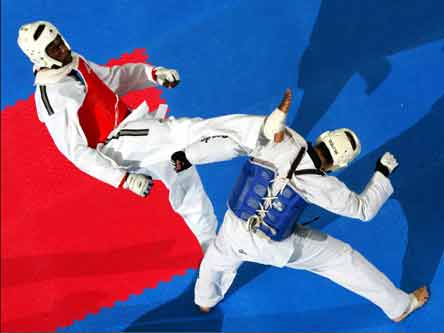 Former Kenya Taekwondo Association (KTA) chairman Mogg Yoon made a come back as chairman in the same capacity of the martial arts organisation on Sunday.

Yoon comes back into the federation after a 15 year hiatus .The Tae kwon do Grandmaster said he was saddened by the dip in the standards of the discipline all over the country which he attributed to the incessant wrangles that denied Kenya opportunity for this year’s Olympics.

“Two decades ago Tae kwon do had such flair and passion but now the levels are dwindling, I was chosen following an AGM meeting to come back and help raise the standards of the game, I will do my best to bring order into the discipline so that the lost glory can be restored, “said Yoon.

Meanwhile, KTA has selected a team that will represent Kenya at the Africa Championship to be held in Madagascar in October.

The selection was conducted by Kenya Tae kwon do Association at YWCA Hall in Shaurimoyo, Nairobi and saw a squad of 18 chosen by the organizers from the 20 teams drawn from across the country.

qualification for the forthcoming Olympics Games in London.

Some of the players in the Africa Championship bound team will also form the bulk of the squad to represent Kenya at the World Youth Camp to be staged in Korea early next year.

Next month two clubs, Kilifi and Nairobi will represent Kenya in Egypt for the Alexandria International Open that will be held between 4th and 8th of July.

One thought on “The Kenyan Taekwondo Team has been selected”