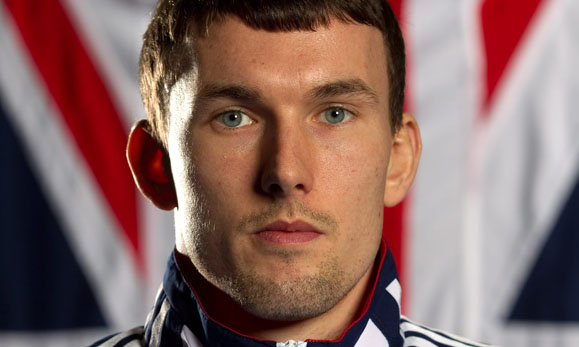 “It was a relief to be chosen. I knew my performances last year were really good but this year they haven’t been as good. Even though I felt good in the ring, I haven’t always had the results like last year.

“But at the Euros I put in a really good performance (bronze medal) and that made sure of my place. But I still wasn’t 100 percent sure of myself.

“It was a nervous wait but I am really pleased.”

“It is weird to be called an Olympian, I am not thinking about the Games too much at the moment. Maybe when the media attention grows and it gets closer, I will think more.

“I was excited to tell everyone but I’ve had to put that on hold until the announcement.

“But now all my close family and friends are made up for me.

“It is exciting. I was speaking about it to my coach the other day and we’re both excited. I don’t think I have got too much pressure on me so hopefully when it comes to the Games, I can go there and enjoy it and fight to my best.”

“At the end of 2010, not just me, but the whole -68kg weight category (in the GB squad) was not in a good position. None of us were performing that well and it looked as though it might not even get selected.

“So, to put in the performances I did and for the other lads to perform as well to get the weight selected was a big thing first of all.

“Then it was down to me to make sure I got that spot. Basically, it’s been two years of trying to get the weight selected, and then get me selected and now I have been selected I can relax and enjoy it.”

“My favorite Olympic memory is of watching the Atlanta Games when I was about nine or 10, getting up really early to watch-everything. I used to watch all sports; anything with GB in it. I loved to watch and support all the GB teams.

“I remember seeing Sarah in Sydney when taekwondo was introduced for the first time and thinking that’s what I would love to do. And get myself to the Games.

“It was only by the time Beijing came round I thought it was possible. I don’t think I was at that level to compete in Beijing but I have stepped it up since then.

“I am definitely worth my place now in London!

“It’s going to be extra special competing at a home Olympics. The support is going to be amazing. Even at the European Championships in Manchester recently, the atmosphere was crazy. I looked at the crowd celebrating after winning my second round fight. There must have been about 1,000 people on their feet screaming.

“And that was in a smaller arena with a loss less people than will be watching in London. I can’t imagine what the Olympics are going to like. It’s going to be crazy.

“Hopefully, if I can put in a good performance, I will enjoy it and that will get me a result.

“Currently I am working on my fitness for the next three weeks just to up my game. When I get into tough fights and it’s really high tempo, I want to be able to sustain that for the first six minutes of the fight.

“I think Korea are coming over for six weeks for a training camp and for us to fight them. That will be really good. We have got a good plan and for a first time in a while we have got enough time for really good preparation.

“The last time, I think, we had really good preparation was for the Worlds last year. The selection was two months before the event and then we had time to prepare. We saw with the results in Korea how we benefited from that.

“This time we have nearly three months so it should be good.”

“Then when I played him at the World Championships, I played the wrong game and he demolished me but I learned a lot from that. He is going to be the toughest fighter even though there will be 14 others who are top class and deserve their places.

“I think it’s down to me. If I fight my own game and fight to my best then I can achieve anything. I don’t want to put pressure on myself. But I could get gold if I have four fights at my best and things go my way. It could happen.”

“Martin has had some great results over the last year and started to hit form with his bronze at the European Championship.

“He has been very professional for a number of years now and the fruits of that are coming out.

“Martin is right up there and that’s a credit to his hard work and tenacious nature plus his clear sight for tactical and technical supremacy.

“He really is a quality player. He has taken all the scalps but more importantly than that he has progressed as an athlete.

“I know he will do everything in his power to maximise his opportunity in London.”