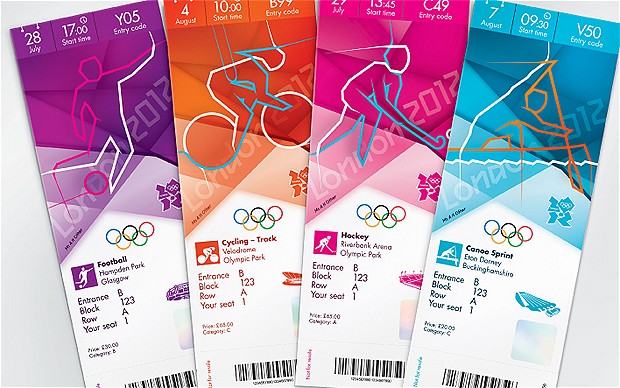 From 11am on Friday tickets will be available to buy for gymnastics, tennis, basketball, road cycling, volleyball, beach volleyball, taekwondo and archery from http://www.tickets.london2012.com/. Locog still has around 450,000 tickets to sell plus 1.2 million for the football tournament, ironic when the amount of applications for the first round ballot – some 22 million – are considered.

As a result of this huge demand some of the events were more than 10 times oversubscribed.

Some of the tickets have become available as the seating plans are finalised. An example of this is because the beach volleyball stadium is a temporary structure, which only started being constructed after the Queen’s Diamond Jubilee celebrations, it is only as it nears completion that the exact number of tickets available will be known.

Other tickets have become available through the resale platform and due to the release of more contingency tickets. There is believed to be a further 200,000 tickets still to come and Locog says that tickets will be available for purchase regularly between now and the Games.
Locog commercial director Chris Townsend said: “More great tickets to watch Olympic sport have gone on sale today. Further tickets will be released on an almost daily basis from now until Games time.”

Locog has also made available a number of seats within hospitality suites at the North Greenwich Arena for the public to buy tickets to watch basketball and gymnastics.

The organising committee originally set aside 80,000 of the 8.8 million Olympics tickets for corporate hospitality. The money generated from these tickets was supposed to pay for 150,000 schoolchildren and pensioners to watch the Games for free.

Two months ago it was estimated that 20 per cent of these tickets remained unwanted so allowing the public to buy the tickets appears to be a last minute panic method of shifting the seats.