The taekwondo world champion injured her cruciate knee ligaments in February but has recovered well to make the team for London. 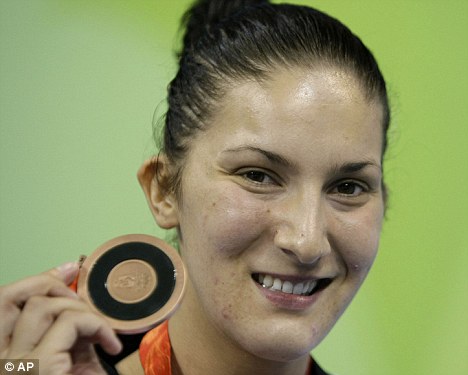 ‘I never, ever thought I wouldn’t make it. I never doubted it. Why would I? I had plenty of time to get back and was world champion.

‘Why wouldn’t I make it?

‘I’m doing full training again with full contact and have a sparring partner coming in next week.

‘Hopefully I can try a few things out on her. It’s going really well. I’m flying. I just have to keep it going now.’

Stevenson missed the European Championships in May in Manchester but is planning on stepping up her preparations.

She was named alongside Jade Jones and Martin Stamper in the team, with the final place set to go to Aaron Cook or Lutalo Muhammad depending on the outcome of the current BOA investigation. 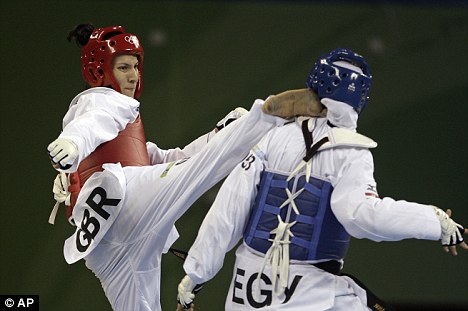 ‘Unfortunately all the competitions have passed but we are going to be doing mock-up days of the Olympics, with the conditions just as they are going to be,’ added the 29-year-old.

‘And people are going to come play some Test matches against us too.

But I’ve been in this situation before — I didn’t fight before the world championships — so it’s just about digging in there and fighting.

It’s not the time for celebrating and going out because this isn’t the end goal. It’s just one step.

Maybe I can allow myself some pic n mix as a treat. ’

Stevenson has had three months of recovery but has not reacted as some others might when faced with such a setback.

And she puts this down to the heartbreak of losing her mother and father last year.

‘I think I’m a great patient. I don’t know whether our physio would agree. Maybe people thought I’d be awful after everything that has happened to me but it’s gone the opposite way.

‘I been through so much and they’ve been a lot worse than a bad knee so I’ve been looking at the positives.

There have been hard days but the good ones have definitely outweighed them.’

With all she has been through, Stevenson is extra focused and while she offers sympathy for Cook and Muhammad, she is not getting stuck in the middle of the row.

‘It must be awful for any athlete stuck in limbo, not knowing what they are going to be doing.

‘I feel sorry for Aaron and Lutalo but I’ve just got to look after me. I’ve been through to much to worry about anybody else.

‘I’m happy if anyone wants some support and to come and talk to me but I need to focus on me.’