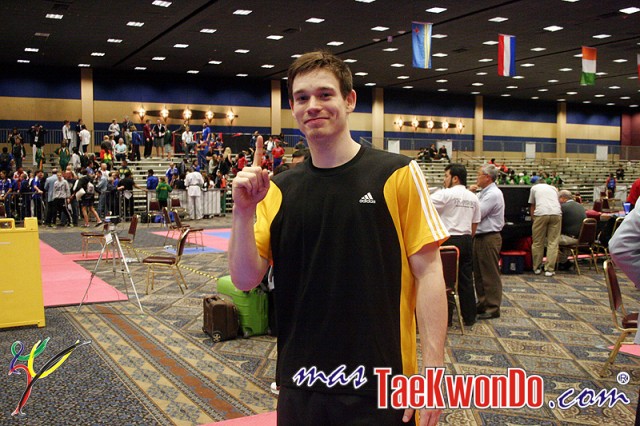 Aaron Cook: What More Could I Have Done?

The time has come for me to speak out about this whole ordeal. It is hard to put into words. I just feel numb. The last five weeks have just been a nightmare.

This has never been a personal battle between Lutalo Muhammad and myself. We may compete against each other and he is a great athlete in his own right. This fight is me versus GB Taekwondo, who are denying my childhood dream of Olympic Gold. A dream which I believe I had earned through my performances.

I would like to take this opportunity to challenge many of the justifications GB Taekwondo have used to explain my non-selection and to answer the criticisms they have used against me.

Firstly, there is the issue of the GB Taekwondo selection process. I signed up to the selection procedure as this is the only way I could compete at the Games. If I had failed to sign it, I wouldn’t even have been considered. There was no reference to style of combat or other subjective matters that were later raised in their Selection Panel meeting and have since been referenced in the press. The key criteria were performances at the tournaments in A B and C categories. Then there was the strength of opposition faced, the percentage of matches won and the success on the Electronic PSS.

My results are vastly superior to Lutalo’s. The facts are there for all to see. The quality of players I have faced is far higher and I have won 9 of my last 12 tournaments. I have recently defeated 10 of the top 15 the qualified 2012 Olympians and world medallists including 5 Time World Champion and 2 time Olympic Champion Steven Lopez and the current -87kg World Champion Youssif Karami and the current -80kg World Champion Farzad Abdollahi. All of these performances were in the -80kg Olympic weight category not -87kg. Based on the listed performance criteria of British Taekwondo’s, I have been overlooked based on a subjective analysis of criteria not listed in the Selection Policy and due to British Taekwondo casting doubt on the World Rankings and the change in wording (not the actual rules) of Head Shots.

According to my coach Patrice Remarck, GB Taekwondo also questioned my ability to perform under pressure and how I might perform in front of a home crowd. I find this a strange point as I have a proven track record of success under pressure at home as well as abroad, including 2 British Open wins, an Olympic Test event win and European Championship title, having seen Lutalo win gold the day before. I also competed in a World Olympic qualification quarter final at just 16 years of age.

I am incredibly proud to be World Number 1. Contrary to the belief that I am a ‘points chaser‘, I have only entered 2 extra ranking tournaments to that of the GB academy, a Grade 1 and Grade 2 – the latter US Open was originally part of British Taekwondo’s selection events. I find Gary Hall’s views in the media on the World Rankings last week highly disrespectful to the sport of Taekwondo. They imply that it is easy to turn up to low level events and win points, thus undermining my status as the World Number 1. This is what they specifically did in front of my coach Patrice at the third Selection Panel meeting. Although I accept no ranking system is without its flaws the World Rankings are the World Rankings. It was interesting to hear Gary Hall on Sunday on BBC Radio refer to them as “great” having previously said that they were “flawed”.

Unfortunately I will never believe or be convinced that my non-selection for my home Olympics was not politically motivated. When my non-selection was announced, I had the right to challenge their process via a quasi legal body called Sports Resolution. Their findings were very conclusive but we are not allowed to discuss them or release them? Given that selection has now been ratified and British Taekwondo are keen on showing their integrity and transparency, perhaps we can all agree to release this to the media and public for their consideration?

Why have I not been selected? Simple. Because I left the British Taewkwondo system last year. Recently I was asked if I would do the same thing knowing what I know now. I replied absolutely. Thanks to the help of my team, including my brother and my coach Patrice, I am in the form of my life. I have won 7 Open titles, the European Open and the Olympic test event; I have successfully defended my European crown against one of my biggest rivals, Ramin Azizov (AZE), a player I was never able to defeat while in the Academy; I am World Number 1. My form was not good enough whilst in the Academy: I lost 3 matches in a row including at the 2011 World Championships. A mere 7 weeks prior to the tournament, the GB academy pulled my coach Professor Moon. I had previously been given assurances that he would be my coach till London 2012, but instead I was forced to work with a coach, Steven Jennings, with whom I had no relationship and who already had responsibility for 3 other athletes, including his wife, who would fight on the same day as me. It was crazy.

I am disappointed in UK Sport and their stance. I would like to ask Liz Nicholl, the Chief Executive, what more I could have done to be selected in terms of performance? Also why did UK Sport sign off on a selection policy with so much subjectivity? Why did the BOA also do this? Should their changes to the structure of GB Taekwondo in 2010 have included changes to the Performance Structure of the Sport. I also find it puzzling how my results from major championships which I personally funded can go towards my national governing body’s right to seek higher investment in the sport, yet entitle me to nothing. GB Taekwondo claim they have won 6 Golds at the last 3 major championships, but 2 of these are mine.

Since I left the Academy I had worked hard to maintain a professional relationship with those at British Taekwondo. As an athlete I would have be the first to congratulate the other players on their success. But I have not been treated fairly or respectfully in this whole process.

I am worried for the future: not just my own, but the future of the sport in Great Britain. I made many sacrifices for the sport in pursuit of my dream. I have no education as I left school at 15 to concentrate on my preparations and qualification for Beijing. My family moved 300 miles from Dorset to Manchester to support me. We have all invested heavily to make this dream happen. We were also supported by some great sponsors and a great sports marketing agency. However the message to future Olympians is that “It is not about performance. It is about the system protecting itself.”

I have received so many messages of support from the Taekwondo family worldwide and from sports fans in the UK. I thank you all. It saddens me that this whole debacle has happened. It brings our great sport into the headlines for the wrong reasons. It worries me that this may not help the sport of Taekwondo as it bids to continue as an Olympic Sport with the IOC review in 2013. 2012 may actually be my last Olympic chance. I hope not.

If I am not competing in the London Games, it will not be the ultimate competition. Citius, Altius, Fortius is the Olympic motto. The competitions are meant to represent the best of the best. The World’s Top 15 will be there. But not the World Number 1 as things stand. What more could I have done?