Mr. Ji Ho Choi, who signs as “Grand Master” seems to have forgotten that as President of PATU, is there because of the National Member Associations who voted for him and therefore, manages the affairs of all on behalf of that population. In short words, he is an employee in the service of an employer who is the Assembly.

“The leaders and officials who seek to keep all their actions in secret, they do it either for: ignorance of their most basic obligations, or because they love the power it gives them to keep secrets, even at the expense of the population rights, or because this is how they hide their mistakes and crimes.”(Javier Darío Restrepo). 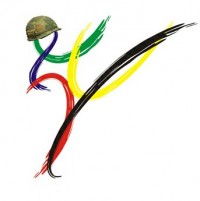 After the failed interview we had with the head of PATU in which we communicated with him to obtain information about the meeting he convened on May 25 of this year (See Note), Choi sent a message where he called us terrorists and requests Taekwondo community to beware of us.

We consider important to the reader, before proceeding with this note, to read the letter from Mr. Choi, so you will better understand what is written below.

Everything indicates that what bothered Ji Ho Choi, was that masTaekwondo.com had the information of the meeting,  for which he demanded almost in a dictatorial manner that we give the name or names of those who gave us this information .

Concerning the request of President of PATU we reply that Article 19 of Universal Declaration of Human Rights establishes rules for freedom of speech and press, plus the legal norms that regulate the profession of journalists, journalism is protected by law and almost in all the democratic states by the national constitution. This includes the right of journalists to protect and to keep confidentially the identity of their sources, even when interpellated in court.

Mr. President says that we “demanded” him to give us information, when in fact we do not have police power to do so, all we did was to call him so that there was no doubt or controversy and that the head of the Pan American Taekwondo Union would explain what was this meeting about.

Ji Ho Choi assures that masTaekwondo.com is not a PATU member and therefore, PATU is not obligated to provide any confidential or not confidential information as required.

First, statutory PATU can not or “should not” group companies because its social purpose is to group federations and national associations, but obviously this was never clear to Mr. Choi and to show this we can re- read the article published by our communication means in February 2010 (PATU tries to manage the business of the Electronic Protectors (Note published in Spanish, (La PATU intenta manejar el negocio de los Petos Electrónicos)). Therefore, masTaekwondo.com could never be part of any Continental Union or National Federation. We denote this action that President of PATU has a complete lack of knowledge of the statutes.

We are a completely independent communication means therefore we consider ourselves obliged to gather as much information as possible to provide it to the “Taekwondo Population”. If Choi’s words were correct, no press mean would be entitled to request information from a governor for not being part of that government.

In all democratic societies there are official channels of communication and independent communication means. These are mostly those that generate consciousness by providing information from a neutral view and in many cases full of editorial opinion. 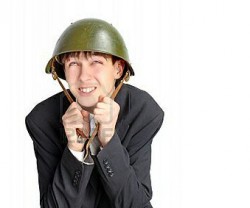 Ji Ho Choi states that masTaekwondo.com is not recognized as a legitimate communication means by PATU. Regarding this statement we can go back to February 2011 when Ji Ho Choi was interviewed by our communication means and claimed: “… I would love us to be like a family that goes in the same direction. I recognize that masTaekwondo.com is a highly popular communication means, so I want us to work together to further develop taekwondo in America. You are professionals, so are we, so I’m sure we can work in a professional and united way. “(See Complete Note in Spanish)

Within the enclosed letter, Choi states that we have published repeatedly offensive and hostile judgments with false information about PATU, without verifying and without the consent of PATU. In respond of this accusation we declare:

We are writers, we communicate what is happening and occasionally we publish interviews in which the same interviewees reveal major irregularities within PATU, we never tried to hurt PATU as an institution.

In the Pan American Qualifier in Lima, Peru in March 2011, it was possible to glimpse a series of anomalies that according to Ji Ho Choi, were only inventions of masTaekwondo.com to harm PATU, and describing us of liars and stating, “masTaekwondo should not confront me … “(See Complete Note in Spanish)

That’s why this time he was asked if he agreed to talk with us for this interview and that he was being recorded he accepted. We believed that transparency was what should prevail and this is how it was done.

Regarding the accusation of damaging the image of Dr. Choi for the forthcoming PATU elections, we reply that we have not generated any campaign against him, we simply are seeking for the truth about the realization of a supposed secret meeting of the PATU Executive Council, if he had simply reported us about this meeting this great impact would had never occurred, therefore we consider Choi as the generator of this campaign.

In short words, we are attaching the letter that Mr. Choi sent to all the presidents of the National Associations members of PATU, so that you “Taekwondo People” can judge for yourselves and make your own conclusions.

In conclusion, we leave you with a great phrase from Master Choi in his letter, it simply and literally states “Beware with masTaekwondo.com”, these three words symbolize for us a very comforting message, and encourages us to continue working and researching all kinds of anomalies to clean up the “Pan American Taekwondo” and uncover those pots that nobody wants to uncover. These words shows that we are doing a good job, fulfilling our role of informing the whole truth to the community of Taekwondo and foremost that we are doing our job. A free press is vital because it not only keeps the public informed about what is happening, but allows us to fulfill our absolute duty to vigilance our leaders.

MasTaekwondo.com is in continuing search for the truth, no matter who likes it and whoever falls.