A few days ago we published an article in which we reported that the European Union will organize the first European Club Championships in Athens, Greece in January 2013. During this championship all clubs affiliated to their National Associations and members of ETU, may participate with a team.

We know that in Europe there are important clubs that are internationally recognized and with the arrival of the European Club Championships, will surely increase the signings of many athletes, which will ensure this event as an excellent one.

To learn more about this news, we decided to communicate directly with the president of ETU, Athanasios Pragalos, who once again agreed to be interviewed by our media.

Pragalos President, once again thank you very much for taking your time for this interview. This time we want to know about the European Taekwondo, what we consider very important news. 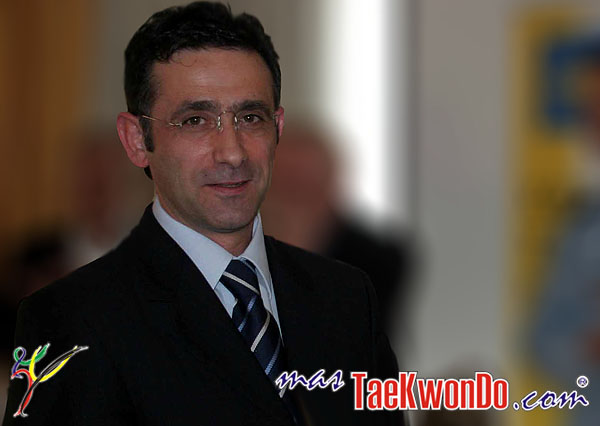 Can you briefly tell us how will this European Championship for clubs be developed and how did this idea emerge?

Together with representatives from all Continental Unions and WTF, the Expansion Committee of WTF was gathered in Sharm el Sheikh. During these discussions we learned that the Asian Taekwondo Union had organized a club event and they were very enthusiastic about it. I know that the clubs in Europe have some great athletes, but because of the strong competition within our Member National Associations some of them don’t have a chance to compete at European Championships. Therefore I think this event will be great! Each club with the MNA’s can send a team of 8 males and 8 females to compete for being the best of Europe!

Have you already had responses from some European clubs?

To be honest, the responses are overwhelming! Clubs are eager to compete and we are expecting no less than 2500 competitors in Athens!

How often will this championship perform?

I therefore suggest that we start our new event with once every two years, like we do with our European Championships also.

Will the sites for each event change?

Yes, in principal we promote that the sites of the events will change. But we must also be realistic. Such an event is enormous with regard to quantities of athletes an organization has to cope with. Therefore I can imagine that only those countries shall apply for the organization who can deal with the tremendous number of athletes.

What is your assessment of the European Championship held recently in Manchester?

How do you see the adjustments that were made in the rules of competence for London 2012?

Everything new is gut for the development of Taekwondo, I find them gut

Thank you for your time and for always being so kind to masTaekwondo.com