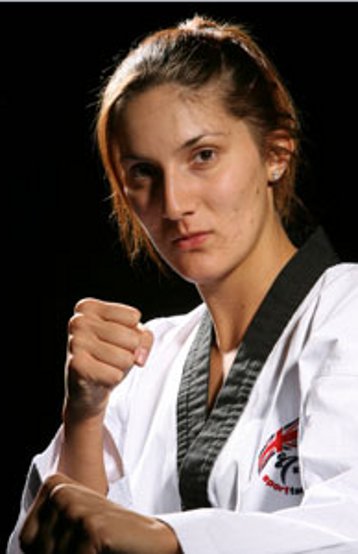 This weekend I had a visit from the mother-in-law, which I hasten to add was a pleasure, so we were keeping her entertained. Friday night was Treat Night, so it was a Chinese, lots of sweets and a DVD. It may not sound like the most hedonistic night of all time, but unfortunately when you’re a professional athlete in training for the Olympics, that’s about as crazy as it gets. It’s just a matter of getting used to the rigid discipline.

Of course, as you get a bit older you start pining for a more normal life where you can go out in the middle of the week, eat what you like and have a couple of glasses of wine, but you just can’t do it. If I stuff my face with booze or burgers, then I’m not going to be the best athlete I can be, so I have to treat my body like an engine and make sure it gets the right fuel. After the Olympics I’ll get to take some time off and do things like that, so I’ve just got to hold out for a few more months. But it is nice to treat yourself now and then so you have something to look forward to.

It’s a busy time for Manchester, where I’m based. The marathon was on Sunday, so I went down to support my friend, Sarah Broadhead, who ran it to raise funds for an amazing facility in which my beautiful mum spent her final days before she passed away last year. I’m really proud of Sarah, so if any Guardian readers could make a donation, however small, we’d be really grateful.

Elsewhere in Manchester we had the big football derby, which served as a low-key curtain-raiser for the main order of sporting business that’s taking place this weekend: the European Taekwondo Championships. Unfortunately, because of The Knee (of which more anon), I won’t be defending my title. To be honest, I’m not so bothered about that, but I am a bit gutted that I can’t compete because it would have been good preparation for the Olympics. From that perspective, it would have been nice to get some hard, competitive fighting under my belt.

It would be good to be fighting and there for the rest of the team, but I’m probably not going to attend because, for me, spending time with friends and family is more important after everything I’ve gone through. If I’m not fighting and competing, going home to Doncaster to spend time with my nearest and dearest who I haven’t seen for a while will help take my mind off it. My husband will be in attendance, however, because he trains other athletes as well as me. Hopefully he can help them win some medals, but it means I won’t see him for a while.

Anyway, time for an update on The Knee. It’s doing really well and I’m getting a lot more kicking sessions in now. Once the rest of the guys have finished competing at the Europeans, my aim is to be back with them in a couple of weeks’ time, hopefully cooking with gas at 100%. That’s the target, but even if I’m at 90% for a while and capable of doing most of the sessions with them, then I’ll be happy with that. I hope they missed me while I was lording it up in rehab with the medical staff, but there’s a very good chance they didn’t even notice I was gone.