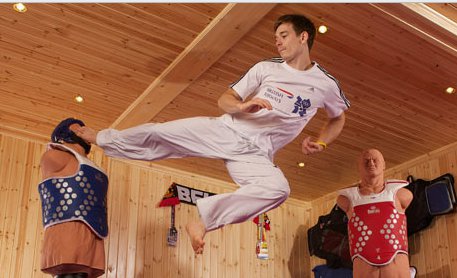 The Dorchester ace and European champion is believed to be in the midst of an appeal over GB Taekwondo’s decision to omit him from the Olympic squad for this summer’s Games.

The team announcement was due to be made today but the unveiling has now been delayed.

A spokesman for the British Olympic Association said: “We are working with GB Taekwondo to identify a new date for the team announcement. I am not at liberty to discuss why a new date is being considered.

“I can confirm that GB Taekwondo has not yet formally nominated its athletes to the BOA for selection to Team GB.”

Cook was yesterday unavailable for comment while a spokesperson for GB Taekwondo was unable to confirm or deny the speculation.

The 21-year-old is considered by many to be one of Britain’s top medal hopes this summer.

Just three weeks ago the county town-born star successfully defended his European crown in the -80kg category in Manchester with a last-gasp victory over current world number one Ramin Azizov.

And despite being set to overhaul the Azerbaijani when next month’s rankings are announced, it appears Cook has been overlooked for Olympic selection – pending an appeal.

There are growing suspicions that Cook’s decision to opt out of the British Taekwondo academy set-up last year, following a first-round exit in the World Championships, has ultimately led to the shock omission.

At the time, the former Thomas Hardye pupil labelled the move as “the most difficult decision of my life” and added: “It just wasn’t working for me. I wasn’t happy with the coaching, the training, the schedules.”

It is believed that -87kg European champion Lutalo Muhammad has been lined up to replace Cook and compete at a different weight.

The former, from Walthamstow, defeated Cook at the German Open in March but has no previous Olympic experience.

Cook on the other hand narrowly and controversially missed out on a bronze medal at the Beijing Games in 2008.

Speaking after the fight against China’s Zhu Guo, Cook said: “I am so gutted. I came so close. I thought the scoring was absolutely horrendous.

“I don’t know what the judges were looking at, they must have been looking in the crowd.

“I’d have been five to six points ahead in any other taekwondo fight.”